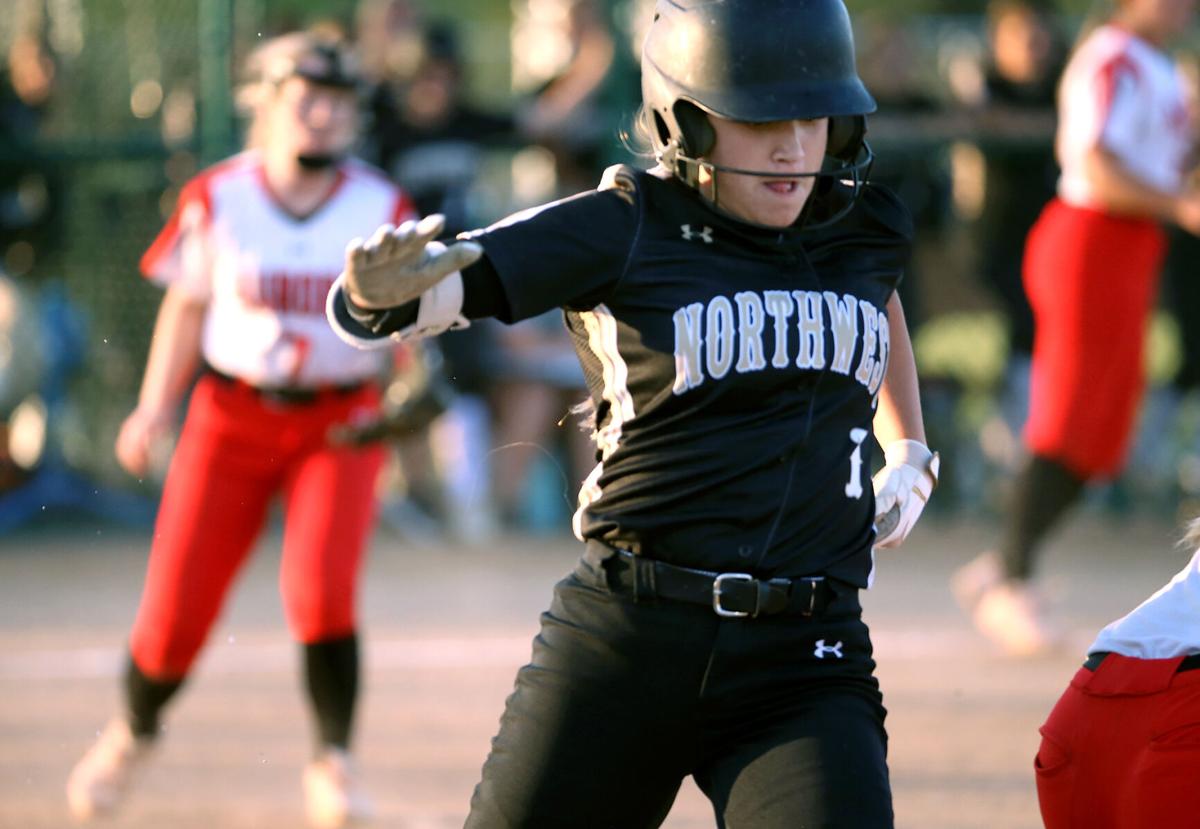 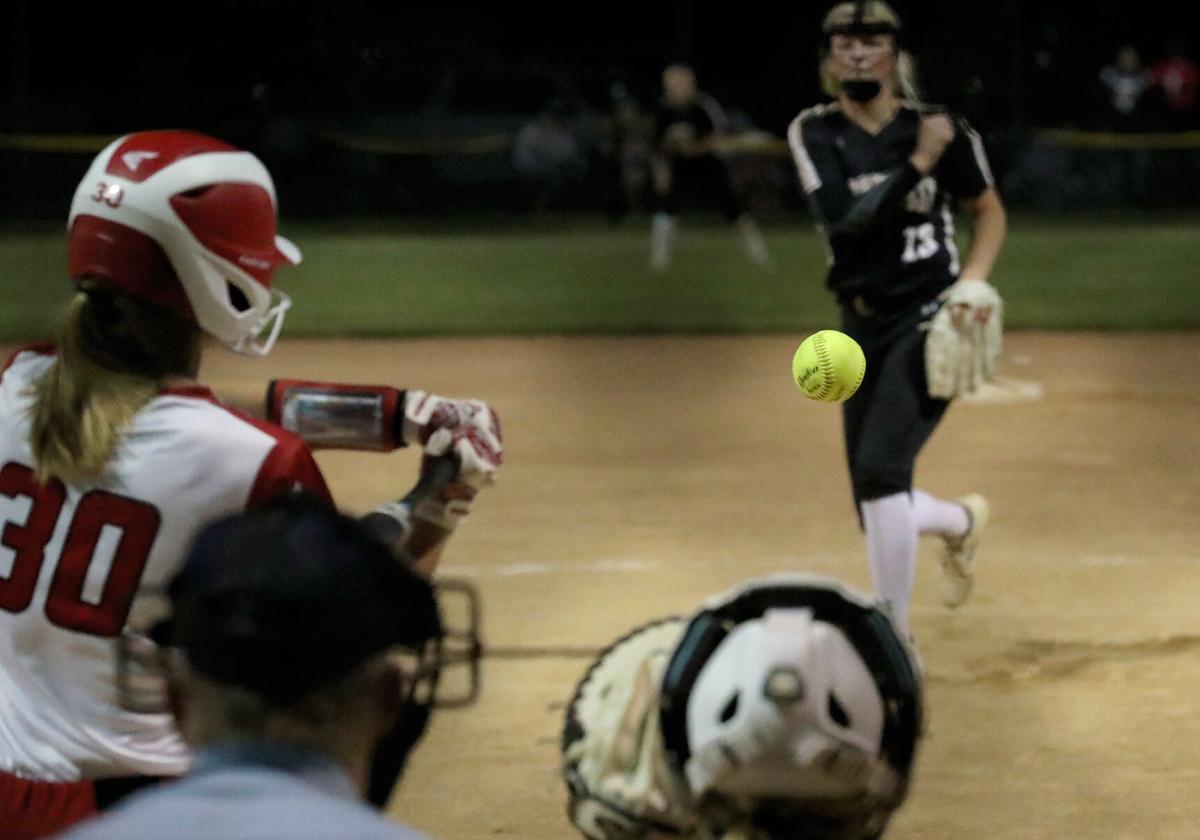 Aurora's Zoe Johnson hits the ball against Northwest's Ava Laurent in the sixth inning of Tuesday's game with Northwest. Johnson would soon after score her teams first run of the game. Northwest won the battlle 6-2. (Independent/Josh Salmon) 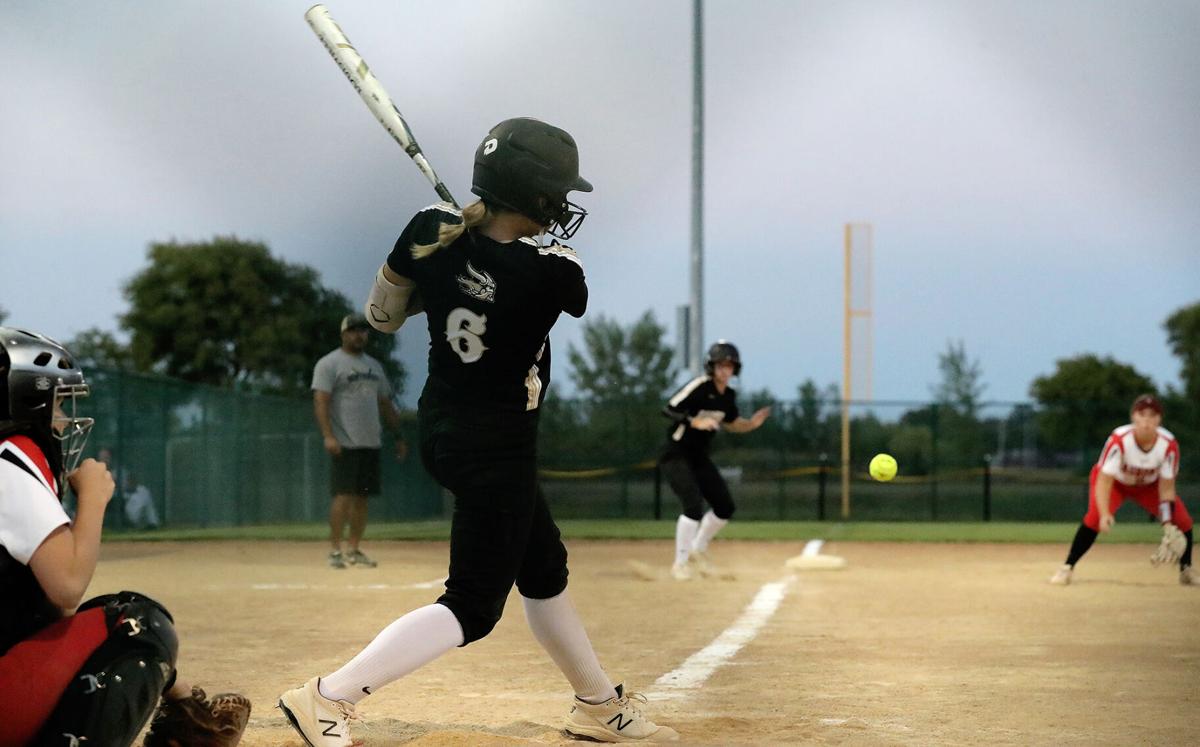 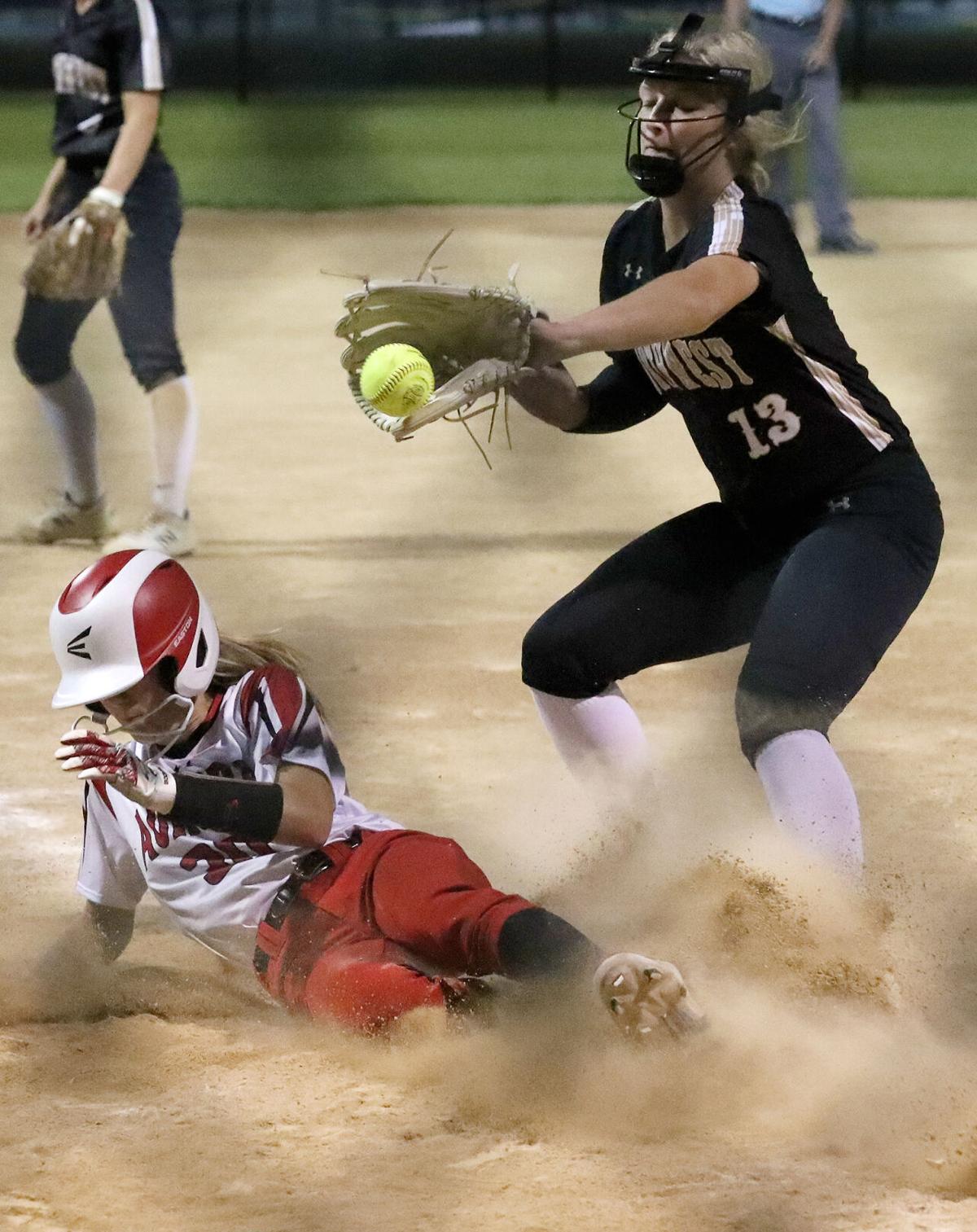 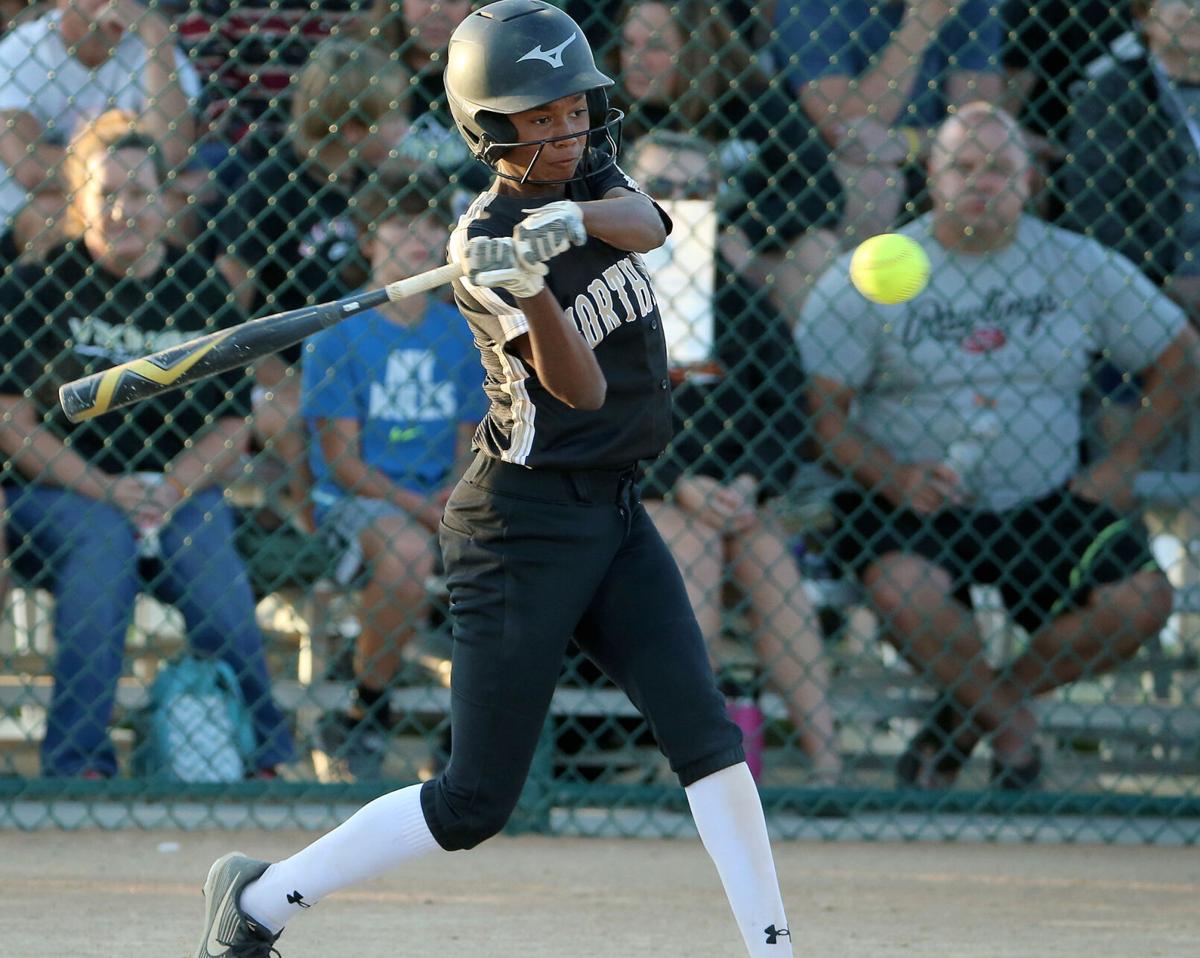 Now the Vikings just hope to extend that early success throughout the rest of the game.

But a three-run first inning proved to be more than enough on Tuesday to kickstart a 6-2 victory over Aurora.

That followed up a nine-run first inning on Monday that allowed Northwest to split a doubleheader at Class A No. 5 North Platte.

“Coming out in that first inning, we’ve been hitting the ball really well,” Vikings coach Mitch Sadd said. “(Monday) night we just came out and started driving the ball in that second game. We did that again tonight. We just need to stay on them once we get going.”

Avyn Urbanski and Grace Baasch got this big first inning going with back-to-back singles. After Reba Mader walked to load the bases, Urbanksi scored on an error.

Ava Laurent followed with a two-run single with one out.

Urbanksi and Baasch finished a combined 5 for 7 with three runs and two RBIs.

“Those two are hitting the ball and seeing the ball really well right now,” Sadd said. “If those two get on base, we’re running with them because those are two very fast kids. That’s one thing about our team — we’re very fast and can run when we want to.”

Baasch said the hits seem to be contagious.

“We just have to get the bats rolling,” she said. “Once they start, they don’t stop. Our confidence is very high.”

The quick starts came after losing to North Platte in 10 innings in the opener. Baasch said the Vikings (12-5) wanted to bounce back after that tough defeat.

“We’ve just got to keep our heads up, go out strong and stay strong,” she said. “We just can’t get into our heads.”

While happy about the quick starts, Sadd wasn’t as pleased that the team only scored a combined four runs after the first inning in the past two wins.

“I think they get into that comfort zone that, hey, we’re up four or five runs so we can just sit back and cruise a little bit,” he said. “We always tell them once you get on somebody you’ve got to stay on them. You can’t let them back into the ballgame.”

Laurent allowed no earned runs on five hits with 11 strikeouts and no walks over 6 1/3 innings. The Huskies (10-6) broke up the shutout bid in the seventh when Zoe Johnson scored on a wild pitch and Hannah Janda on a dropped third strike.

“(Laurent) throws well,” Sadd said. “I’m glad we finally get a day off tomorrow and can let her rest and then we’ll go to Cozad Thursday and have a big weekend (with Saturday’s Northwest Invitational).”

There was no place like home for the Grand Island Senior High boys cross country team.

Just when it appeared Northwest had momentum on its side entering the fifth set, Aurora took it right back.

Broken Bow collected another championship at Wednesday’s rescheduled Grand Island Central Catholic Invitational, a common sight over the past …

Northwest falls in dandy to Scottsbluff 43-36

With neither Northwest or Scottsbluff able to go up by two possessions, it wasn’t surprising when Friday’s game turned on one late play.

The search for consistency continues for Northwest.

Riverside’s opponents might be in the mood to shell out some money for nice graduation presents next May.

Aurora's Zoe Johnson hits the ball against Northwest's Ava Laurent in the sixth inning of Tuesday's game with Northwest. Johnson would soon after score her teams first run of the game. Northwest won the battlle 6-2. (Independent/Josh Salmon)