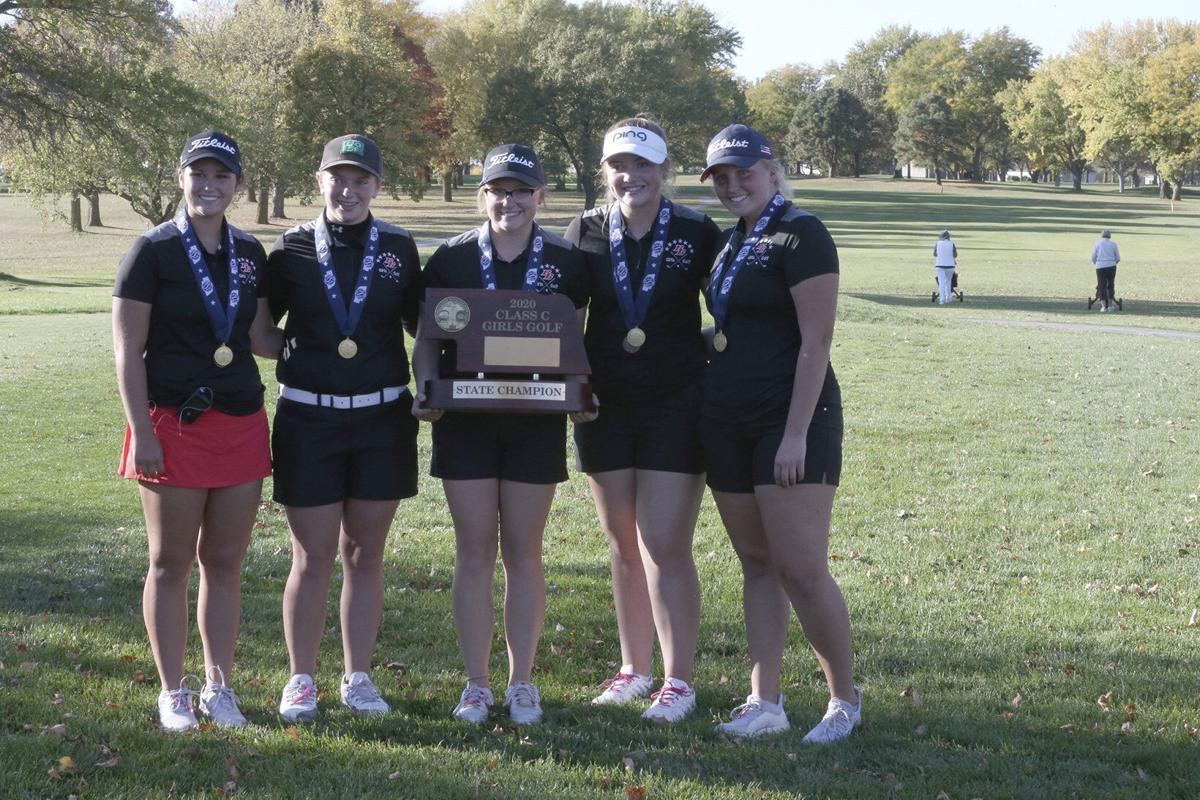 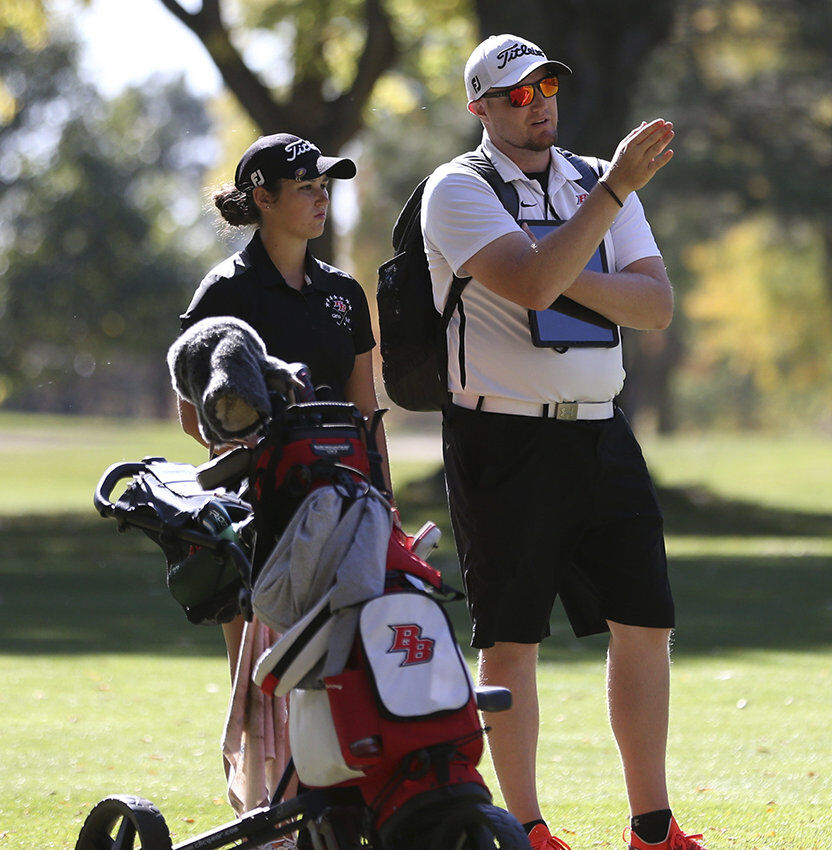 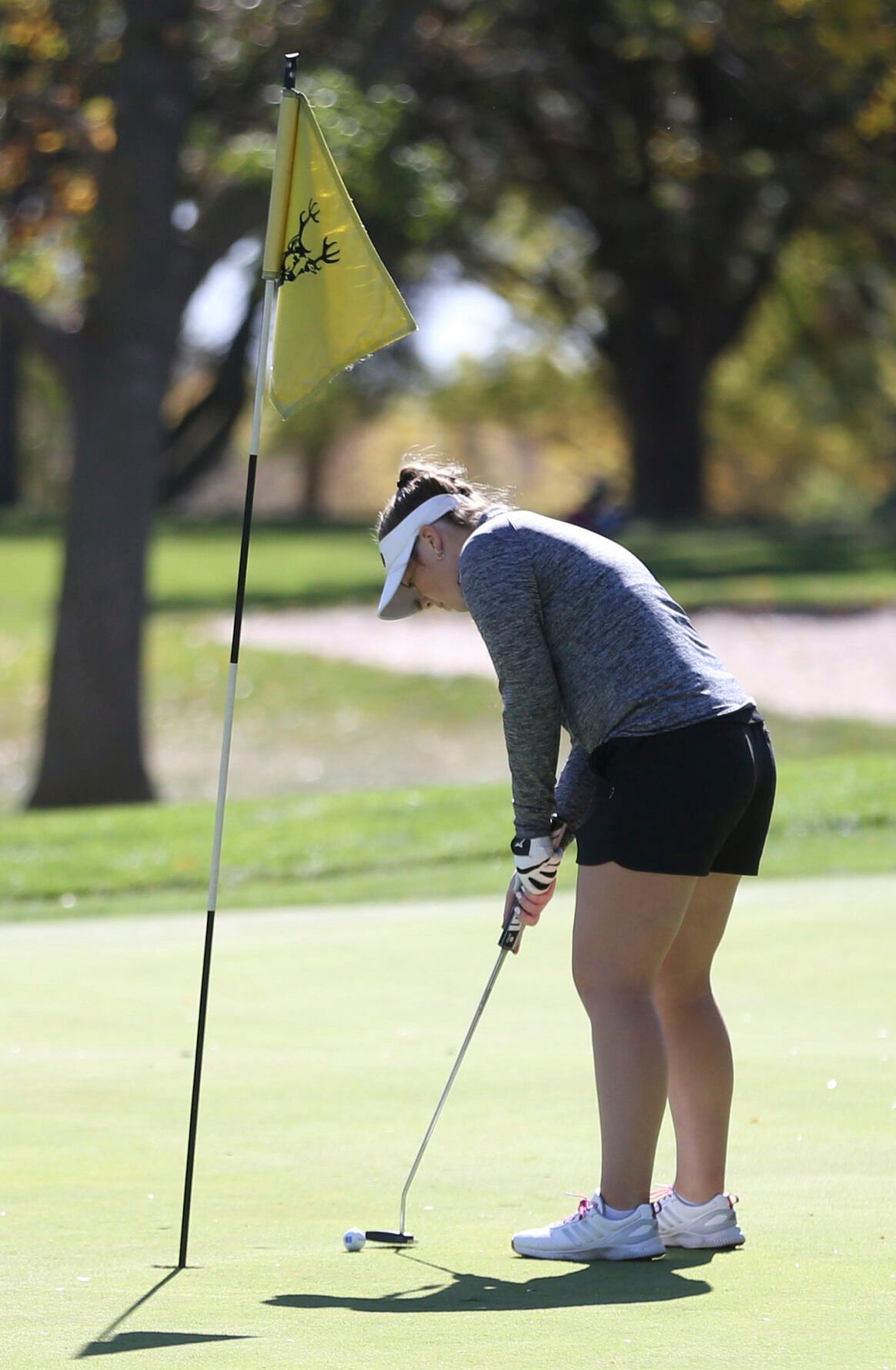 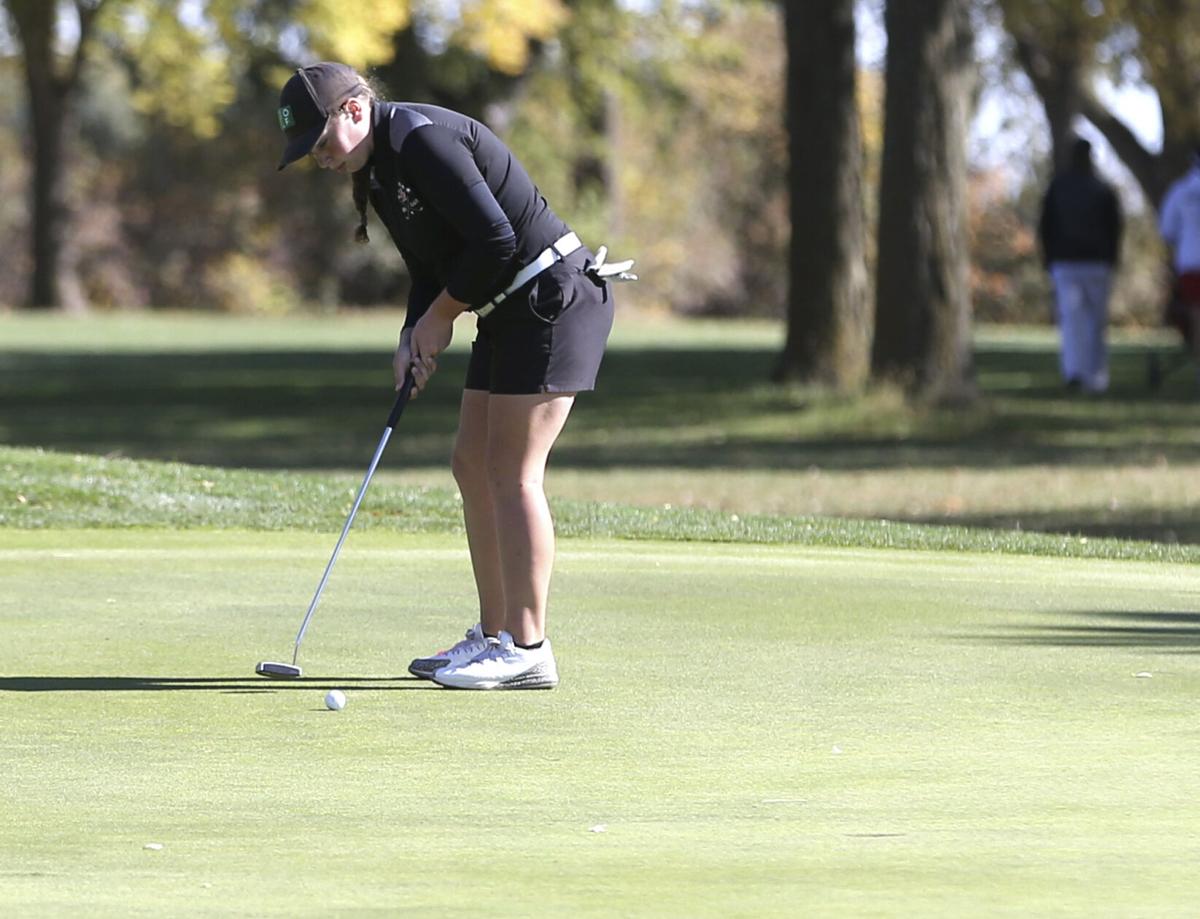 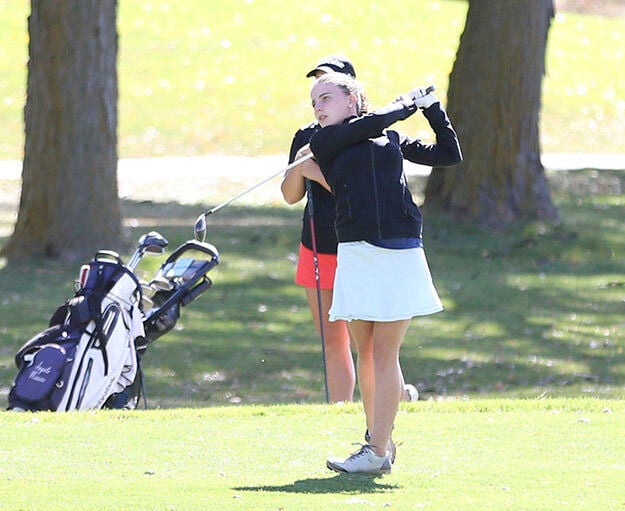 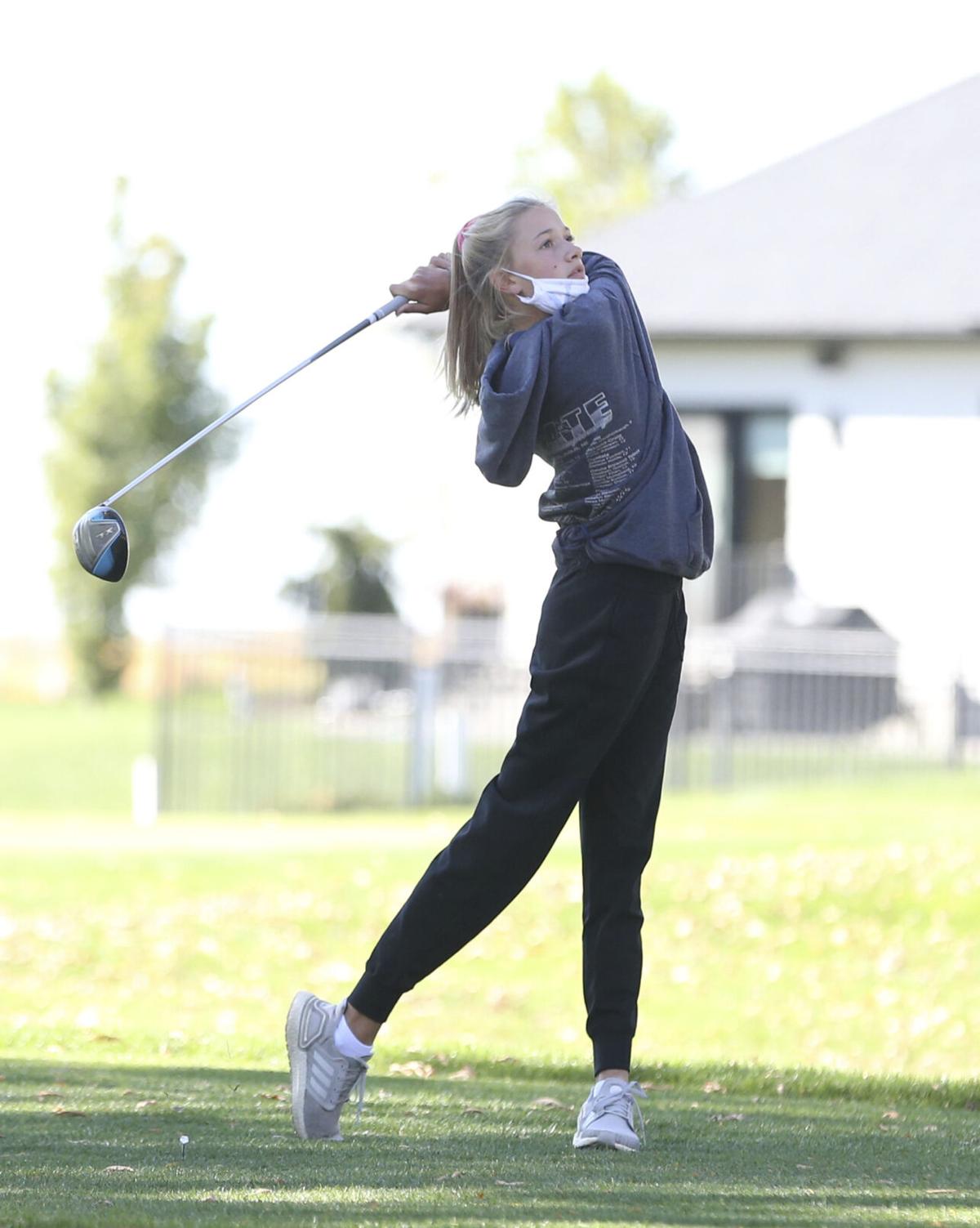 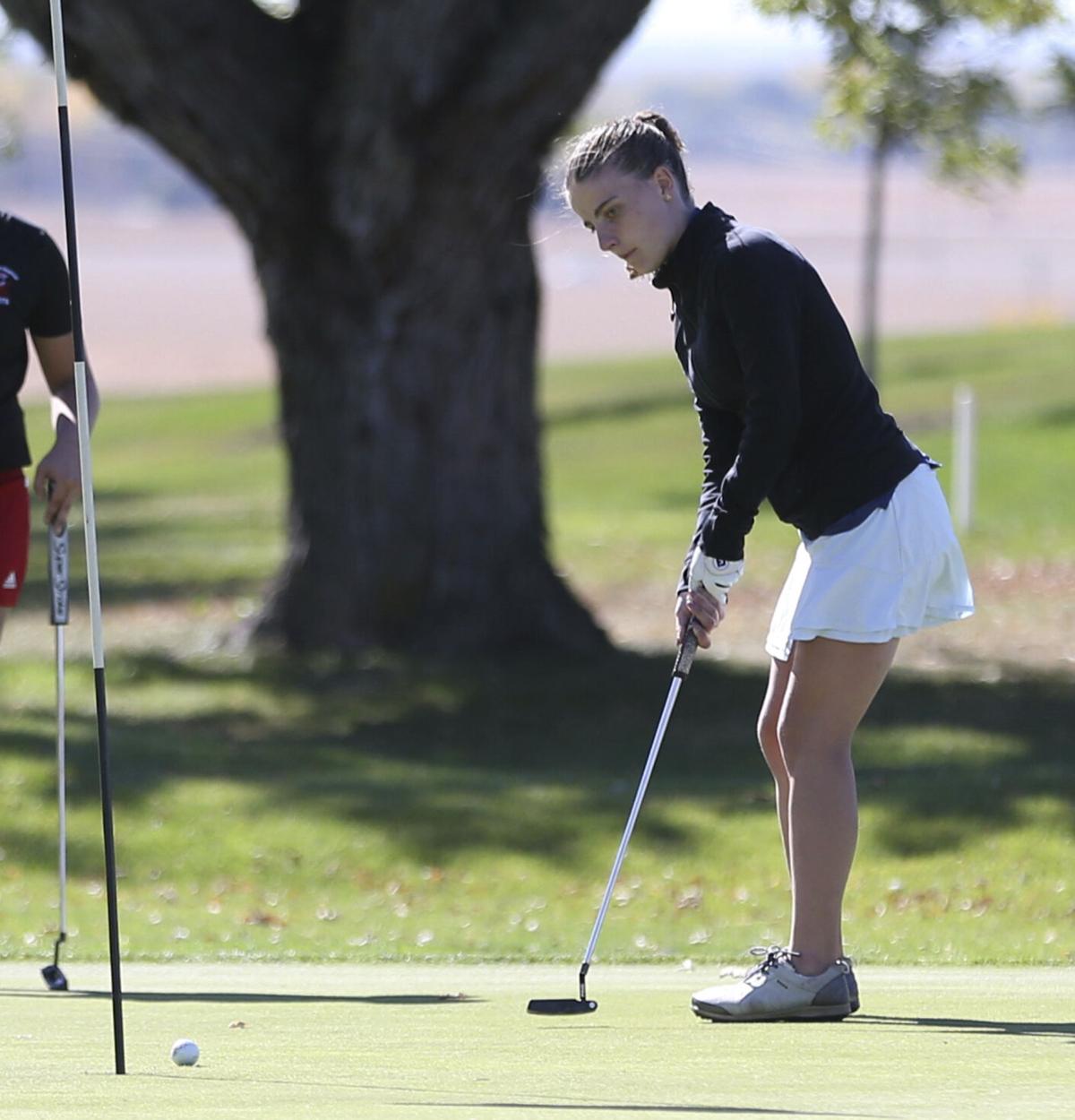 COLUMBUS — A dominating season ended with what anyone would expect from the Broken Bow girls golf team.

The Indians finished their dominating season by claiming the Class C state title Tuesday at the Elks Country Club.

After firing a 369 on the opening day, Broken Bow bettered its score by shooting a 363 for a 732 two-day total. Boone Central’s Abbigail Brodersen was the individual champion with a 155 two-day total.

The Indians also had two medalists in Madison Jackson, who finished 11th with a 173, and Emery Custer, who came in 12th with a 174.

“I don’t think there’s any better way to finish the season than this (winning a state title),” Jackson said.

Broken Bow coach Kelly Cooksley said the No. 1 goal all year for the Indians was to win the state title.

“We didn’t shy away from that goal,” Cooksley said. “We talked about it all year and the girls just came through and got it done. We just have tremendous players.”

How dominating were the Indians during the two days? They started the second round with a 17-stroke lead as Lincoln Christian was second with a 386. Broken Bow’s lead grew to 46 strokes by the end of the tournament as the Crusaders were second with a 778.

While Jackson shot an 89 after firing an 84 on the first day, Custer finished with an 84 after shooting a 90.

“The girls weren’t afraid of the moment and they attacked all day,” Cooksley said. “The girls improved their strokes by six. They played aggressive and finished the day and did whatever it takes.

“And I’m proud of our medalists. Emery came to us as a sophomore and just got better. It was rough at first for us but she’s turned into a great golfer for us. And Madison is the ultimate ambassador to our program. She’s done everything to build that foundation. She finished as a two-time medalist (tied for seventh in 2019) and a three-time qualifier for us. She’s had a great career for us.”

Camryn Johnson fired an 185, while Graycee Oeltjen shot a 201 and Avery Campbell came in with a 206.

The state championship ended a dominating season where the Indians shot over 400 once. They also took third once which was at the Lakeside Invite at Lexington. They finished behind Class A champion North Platte and Class B champion Scottsbluff at the meet.

Cooksley said he felt the Indians had a chance to do something special in 2020.

“I thought we had a chance to run the table,” Cooksley said. “In the offseason, the girls were constantly at the range, were playing tournament golf all the time. I saw the time they put in and knew how good they were going to be. I really can’t put it into words how amazing this feels. There can only be three champions and we are one of them.”

But there was talk during the summer that the season might not happen because of COVID concerns. Jackson said she’s thankful there was one.

Grand Island Central Catholic had a medalist in Angela Messere, who finished tied for seventh with a 167. Messere said she was happy with how she played to receive a medal.

“It was a very good two days. I’m very proud of myself of what I was able to do down here,” she said. “I thought we played well as a team and represented our school very well these two days. I’m very happy with the opportunity of playing here at state.”

GICC coach Dee Hanssen said she was proud of Messere to get a medal.

“She’s worked so hard at this and this is her sport,” Hanssen said. “It was fun to watch her compete down here these last two days.”

The Crusaders overall finished 13th with an 848.

GICC's Zach Cloud made the most of his first -- and only -- season of high school cross country.

The Class C-2 playoffs started a week early for Centura.

WOLBACH — Class D-2 No. 6 rated Central Valley gets plenty of attention for its balanced and explosive offense.

C-1 No. 4 GICC set up a subdistrict championship showdown against No. 2 St. Paul after Monday's first-round sweep of Doniphan-Trumbull.

Northwest, Grand Island Central Catholic go on the road for playoff opening round

Northwest and GICC drew road games when the playoff brackets for classes B, C-1, C-2 and six-man were released on Saturday morning.

Aurora got past Northwest in four sets to advance to a subdistrict final.

Nebraska Christian used a balanced offense to get past Giltner and move into a subdistrict championship match.