As the countdown to the beginning of Nebraska’s preseason camp continues, the Journal Star is counting down its annual list of the 30 Most Intriguing Huskers.

The list, as always, is not about the 30 best players or the 30 most important players, but is based instead purely on intrigue. We’ll cover breakout candidates, new faces, old heads and more. The list tends to skew toward youth and inexperience because, well, those types of players are intriguing. But there are more than a few regulars, too.

Nebraska is expecting to be strong along the defensive line, and Robinson’s emergence might be one of the single biggest reasons why.

The former four-star recruit, who got his toes wet as a true freshman and then played extensively in every game in 2020, has turned himself into one of the more promising young defensive linemen in the Big Ten.

If a breakout year is on tap for Robinson, he’ll become a much more familiar name around the conference.

At 6-foot-6 and 310 pounds, Robinson has come a long way in filling out his massive frame. That, combined with two years now of learning under defensive line coach Tony Tuioti, leads many to believe that he can be a disruptive force up front for the Blackshirts.

He won’t be counted on to do it alone, considering Nebraska returns virtually all of its production up front and is getting one more year from the group’s leader, super senior Ben Stille. Robinson, Stille, Casey Rogers and Deontre Thomas form the nucleus of defensive ends, though defensive coordinator Erik Chinander also has the option of kicking any of those players inside and using his outside linebackers more like ends, too.

One way or another, Nebraska taking the next step on defense is going to include Robinson being on the field a lot. He can play on the end or hold the fort in the middle. The next step is about causing more havoc. Robinson finished with 17 tackles (two for loss) and no sacks last fall. If he can push the pocket and disrupt the quarterback regularly, No. 99 could be in for a big jump.

A look at the 2021 Nebraska football schedule

Last time the Huskers and Bulls met: No previous matchups

The last time the Huskers and Lions met: No previous matchups

Last time the Huskers and Rams met: No previous matchups

Momentum, pressure, identity and jobs on the line: Six storylines as the Huskers begin preseason camp

Nebraska plays Illinois in less than one month. Let that sink in. As such, here's a six-pack of storylines to monitor this fall.

Fan Day is Thursday at Memorial Stadium. Here are some final reminders before you head there

The Nebraska Athletic Department has provided an updated list of recommendations in the wake of the COVID-19 risk dial moving to yellow.

On Erik Chinander’s side of the ball, perhaps no single player carries the intrigue of inside linebacker Nick Henrich, a redshirt freshman from Omaha Burke.

A loaded notebook for your fall camp eve perusal. We start with Frost on vaccine rates and move to an interesting position battle.

The successor to a 40-game starter at a cornerstone position isn’t always an easy proposition.

Former Husker QB Noah Vedral took advantage of his opportunity to play at Rutgers in 2020, and he saw success in a trying year.

Life is different now than it was six years ago when Williams first started his college football journey. He's using his experience to his advantage.

Nothing is certain, and most will take a relatively cautious approach when sizing up what Manning’s impact will look like in 2021.

With his sixth season on deck, JoJo Domann ready to embrace role he saw others manage in 2016

How long has the linebacker from Colorado been around? He forced a fumble in the 2016 Music City Bowl. You know, when NU won nine games. 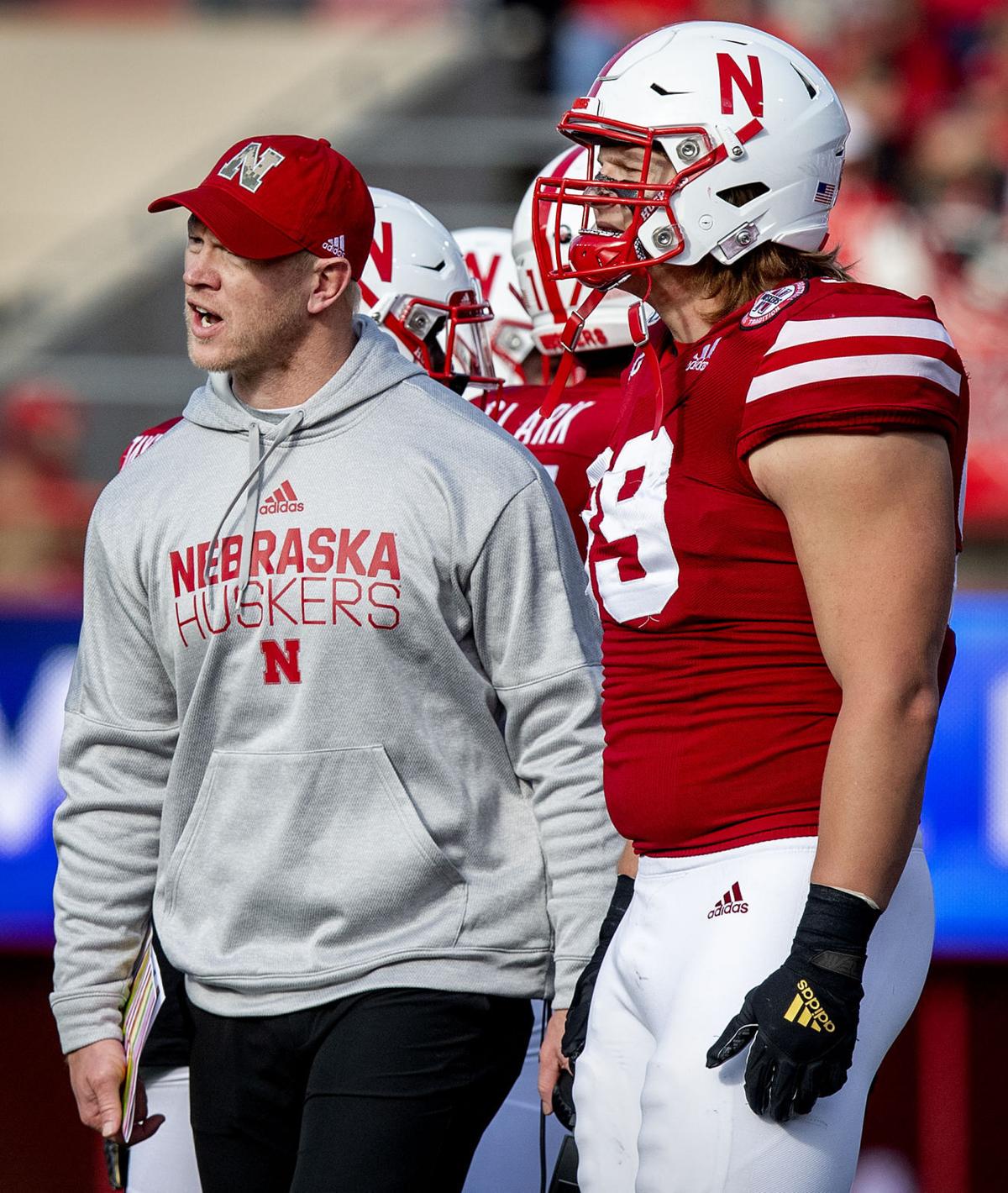 Nebraska defensive lineman Ty Robinson (right) looks on as Husker coach Scott Frost speaks to players during a timeout in the closing moments against Wisconsin on Nov. 19, 2019, at Memorial Stadium. 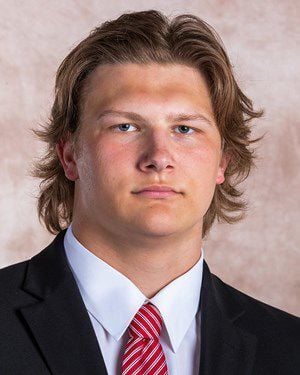