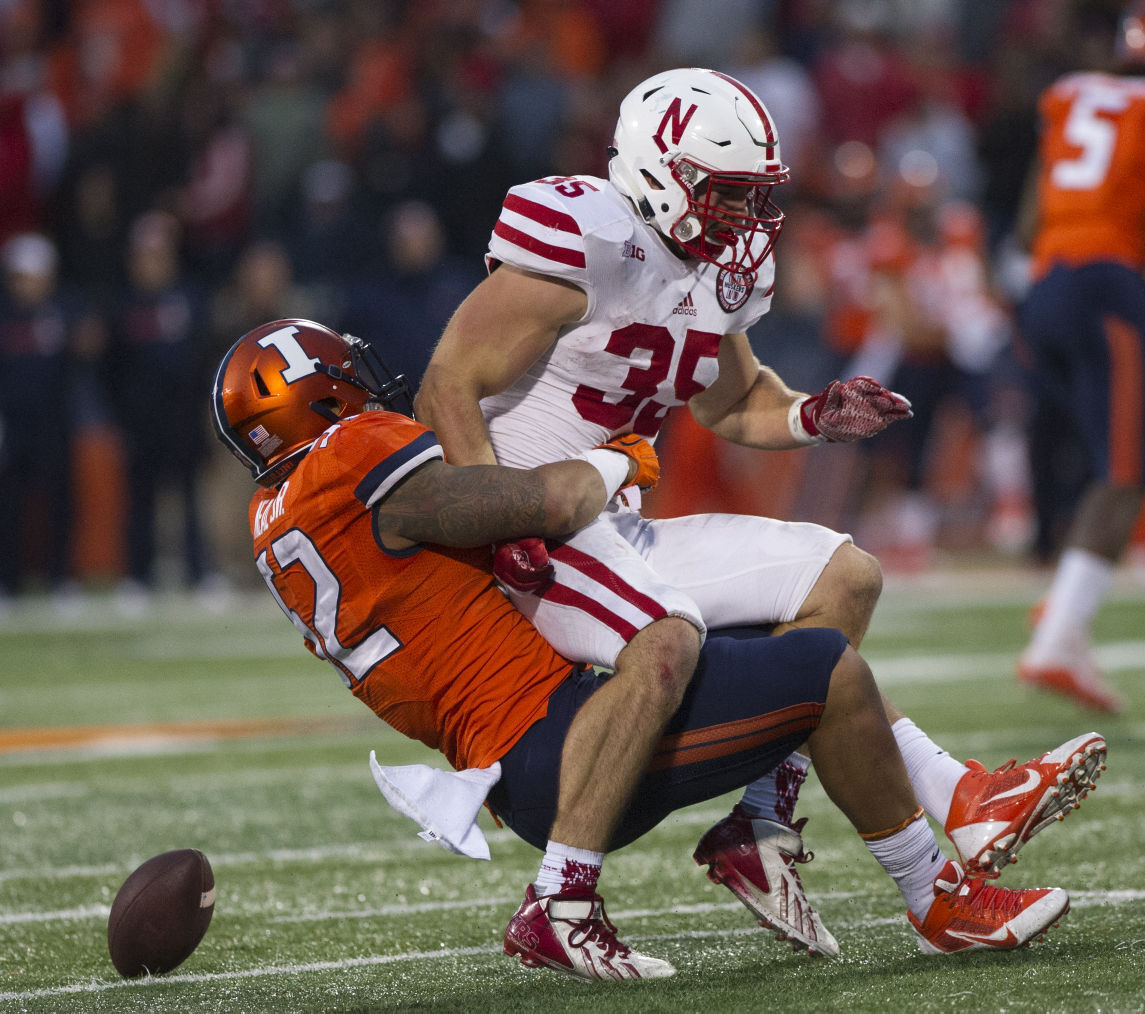 Illinois linebacker T.J. Neal (52) hits Nebraska fullback Andy Janovich (35) as the ball falls incomplete on the Huskers last play before Illinois scored at the end of the fourth quarter at Memorial Stadium on Saturday, Oct. 3, 2015. 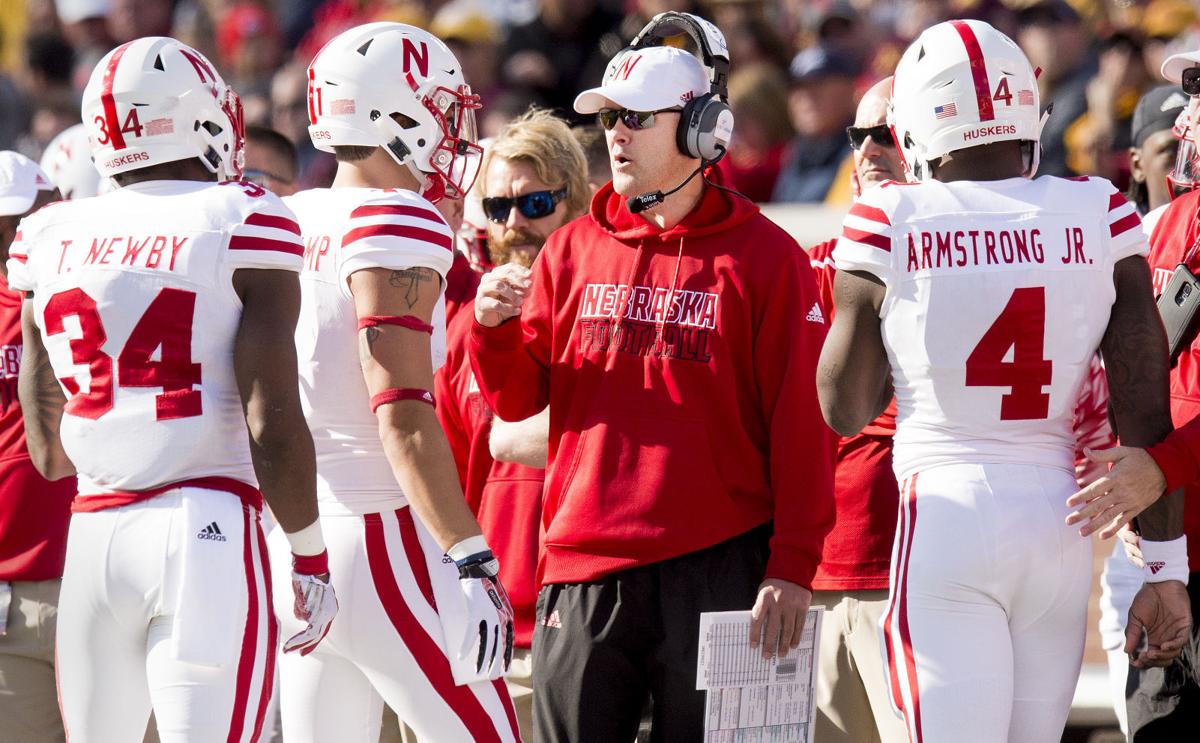 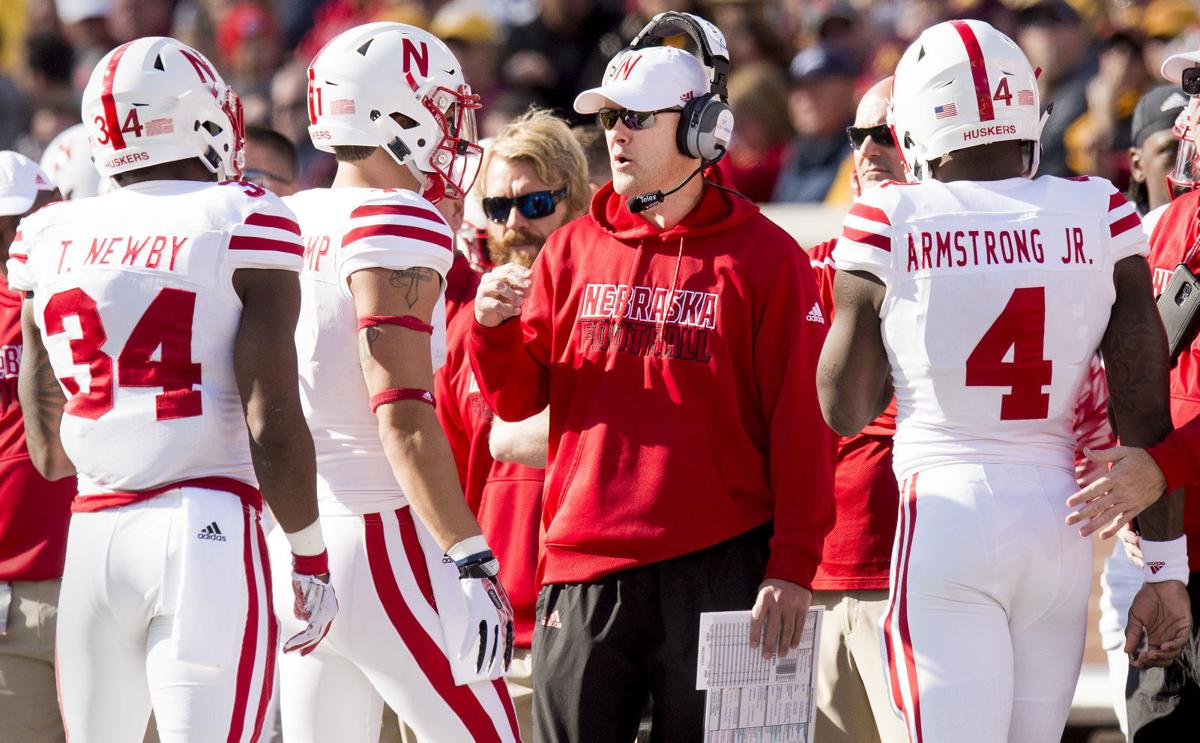 Kirk Ferentz, of all people, said something last week that might make Nebraska football fans feel a tad envious, especially as the Huskers stumble into a somewhat scary game against moribund Purdue.

During a wide-ranging interview with The Gazette of Cedar Rapids, Iowa, the Hawkeye coach talked of how Iowa often has old games playing on the monitors in its athletic complex.

"When I met with the group (of players), their observation was the teams look the same, whether it was ’01 or ’02 or our good victories in ’13," said Ferentz, in his 17th season in charge. "We're playing the same way. …"

Say what you want about Ferentz, his team is 7-0 overall and 3-0 in the Big Ten. Relative to this conversation, Iowa knows exactly how it wants to win. The Hawkeyes' identity is as ingrained and evident as the old gold in their uniforms.

Nebraska (3-5, 1-3 Big Ten) often has lacked a clear-cut identity for the past dozen seasons, essentially dating to 2003, Frank Solich's final season as head coach. Exactly what sort of identity will crystallize under Mike Riley is anybody's guess.

Again, I go back to Ferentz.

"It takes awhile to learn about your place and your players," Ferentz told the Gazette.

I typically preach patience — I did it with Frank (vehemently), did it with Bill Callahan and with Bo Pelini — and many folks didn't want to hear it.

So, the revolving door at North Stadium has been spinning, and when that happens, patience wears increasingly thin with each firing — be it a head coach or coordinator.

In Nebraska's case, forget about championships.

Not that Iowa has cornered the market on Big Ten titles (its last one occurred in 2004). But the Hawkeyes are one of this season's biggest surprises, and much of their success can be traced to a simple fact. Iowa knows itself.

The Hawkeyes run the ball well and are sturdy defending the run — they're second in the conference in both rushing offense and rushing defense.

They solidify their identity every week in practice. When you run the ball with purpose, with resolve, with bad intentions, you force your defense to respond in kind. Toughness often becomes a natural byproduct.

The late Bob Devaney would agree.

Meanwhile, Nebraska this season has a 50-50 run-pass ratio. Don't ask me what to expect offensively when NU plays Saturday at Purdue (1-6, 0-3). Because the Boilermakers rank last in the league in rushing defense, and because the Huskers will be playing a backup quarterback, one would think offensive coordinator Danny Langsdorf would pack his bags with a plethora of run plays.

Nebraska fans used to know what was coming. So did the defense, by the way. It often didn't matter.

Nobody's suggesting Nebraska should model its program after Iowa. But credit Hawkeye athletic director Gary Barta for sticking with Ferentz. The coach endured ample heat from fans in the wake of last season's 7-6 record.

Ferentz didn't seem to flinch. He no doubt derives confidence from past successes — four top-10 finishes in the national polls and two Big Ten titles (also 2002). But since defeating Missouri in the 2010 Insight Bowl, the Hawkeyes are just 33-25.

Of course, Ferentz doesn't face the level of expectations — or impatience — that Riley does from the Husker fan base.

Before we get overly impatient with Riley, I think he should at least get a chance to find his way around town — and maybe even get a handle on his new conference.

Tom Osborne recently said his Nebraska staff in the mid-1990s enjoyed a wealth of "institutional knowledge." To wit: If a team threw a curve at NU — i.e., lined up in a completely different look than usual — "a lot of times we were able to go back and say, 'Well, we saw the same thing against Kansas eight years ago and decided this is what what we're going to do.'

"We were able to adjust pretty well in a game."

Ferentz and his staff (much of it, anyway) no doubt can relate.

Osborne in 1973 inherited a program that had achieved at a championship level under Devaney. Nebraska had an identity as an exceptionally physical team, "and I think we carried that over," Osborne said.

What is Nebraska's identity now? Unlike at Iowa, the folks at North Stadium — from the athletic director on down — can't really say for sure.

One has to wonder what university leaders must be thinking after Nebraska suffers embarrassingly surreal loss to moribund Purdue, Steven M. Sipple writes.

Huskers go off the rails in loss to Purdue

Nebraska, at 3-6, is now in last place in the Big Ten's West Division, after Saturday's loss to Purdue before a stadium not half full.

For what it's worth, Palm has Nebraska playing Duke in the Pinstripe Bowl in New York City on Dec. 26. Snicker if you like, but such a trip would be worth plenty to the Huskers. In fact, reaching any bowl this season would be crucial for first-year coach Mike Riley and his crew.

Saturday's disappointing performance makes one wonder how well the Nebraska football team will respond in the quiet of Purdue's stadium.

Long before they lined up next to each other on the best Nebraska defense in history, Jason and Christian Peter almost ended their on-the-field relationship because of off-the-field problems.

Illinois linebacker T.J. Neal (52) hits Nebraska fullback Andy Janovich (35) as the ball falls incomplete on the Huskers last play before Illinois scored at the end of the fourth quarter at Memorial Stadium on Saturday, Oct. 3, 2015.