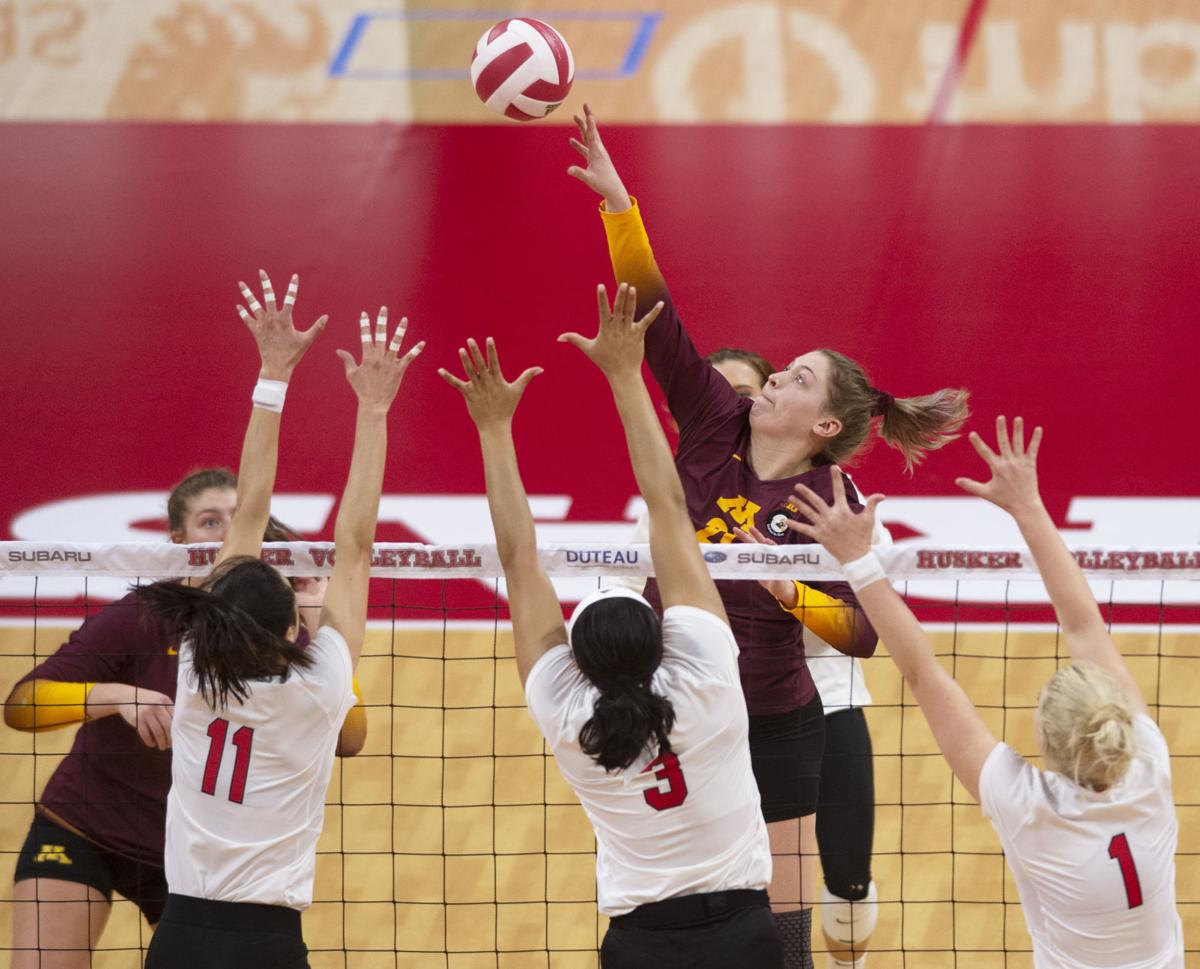 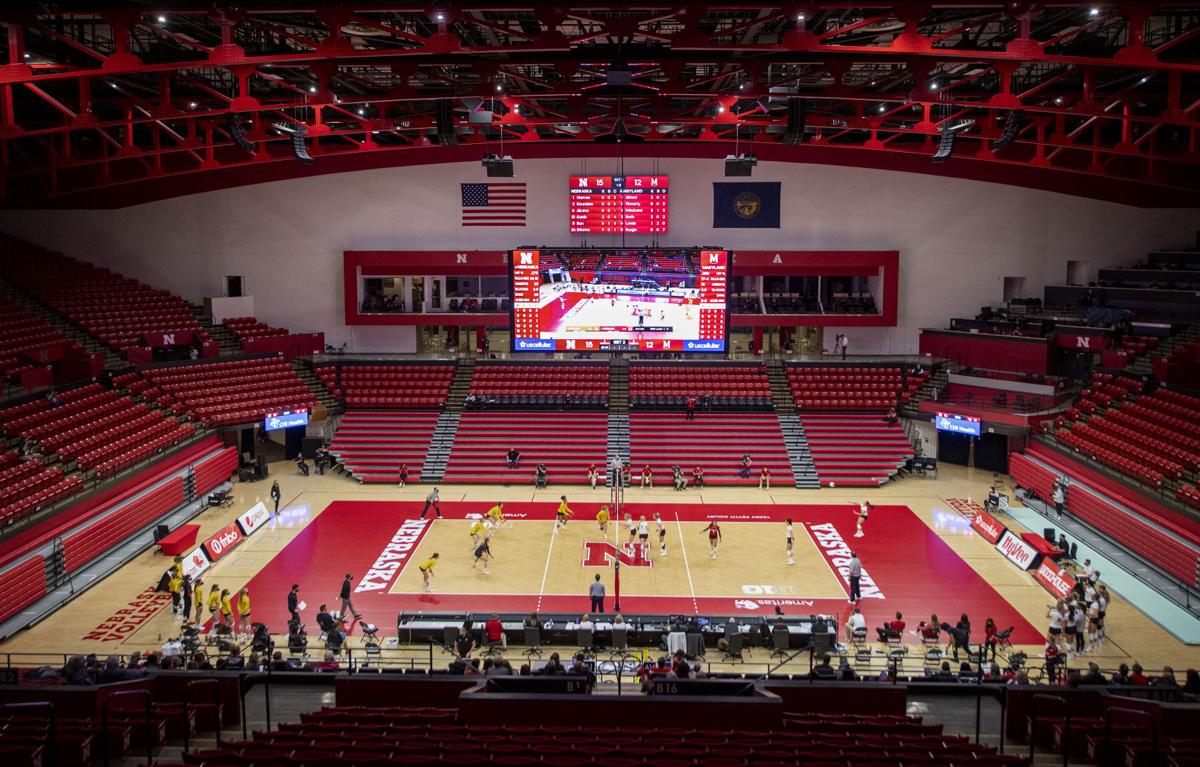 Nebraska serves in the second set against Maryland in a nearly empty Devaney Sports Center on Feb. 5.

Several programs not being able to play matches for COVID-19 reasons means that just three of the seven scheduled series in Big Ten Conference volleyball will be played this week.

The Big Ten features four teams ranked in the top 10 of the coaches’ association poll — Wisconsin, Nebraska, Minnesota and Penn State — but none of those teams will play this week.

Nebraska’s matches against Wisconsin scheduled for Friday and Saturday were postponed Thursday. The Badgers are now on a two-week pause due to a number of COVID-19 cases in their program.

On Friday morning a fourth series was postponed, when Maryland determined it wasn't safe to play Penn State on Saturday and Sunday due to COVID-19 reasons within the Maryland program.

Nebraska, which has had two series postponed this season, is scheduled to play Illinois next weekend. The Huskers have a 7-1 record and are ranked No. 4.

Two-Minute Drill: After watching a full practice, here's what stood out to us

Nebraska's next NCAA volleyball tournament match will be on TV

The Huskers will play Baylor in Sunday’s third-round match at 1:30 p.m., one of four Sweet 16 matches selected for TV.

Cook, Stivrins grateful to play but 'still a pretty rough setup' at NCAA Tournament in Omaha

The Husker senior was asked if the accommodations have been sufficient: “I’d like to say yes, and I feel like I should say yes, but. … "

Why Nebraska? Out-of-state Huskers explain why they declined hometown offers to play in Lincoln

Here's a look at players from Nebraska in the NCAA Tournament

Yes, it's in Omaha, but the NCAA volleyball tournament will have an extra Nebraska flavor with all the players from the state who'll be participating.

The college volleyball world can be small. Plus, a scouting report of Baylor, a glance at the rest of the tournament and more Husker notes.

The Huskers identified serving as an area of emphasis leading into this season. There's been marked improvement — and the stats back it up.

All of the happenings from the first day of the NCAA Tournament in Omaha.

Taking on an entire NCAA Tournament featuring 48 teams? Omaha said 'bring it on'

Hosting the Final Four is a challenge on its own. But all 47 matches? That's a different beast. But officials in Omaha didn't blink.

John Cook likes to get in the gym with his team and train. But how did he handle a 19-day layoff that leads up to its first NCAA Tournament match?

If the Huskers get similar production from its middle blocker position they did on Thursday, they should stick around in Omaha a while.

Nebraska serves in the second set against Maryland in a nearly empty Devaney Sports Center on Feb. 5.