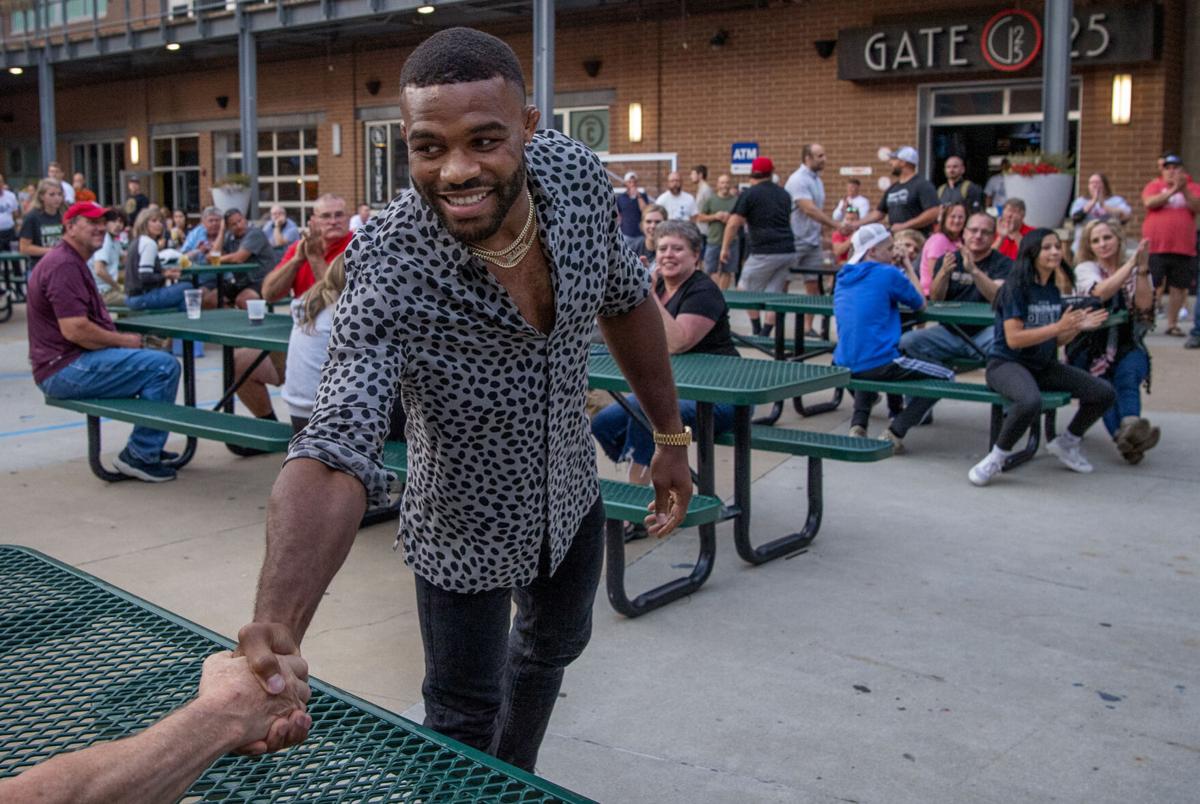 Olympic gold medalist and Nebraska legend Jordan Burroughs greets one of the hundreds of people who came to see him on Wednesday as he said farewell to fans at the Railyard before moving to Philadelphia later this week. 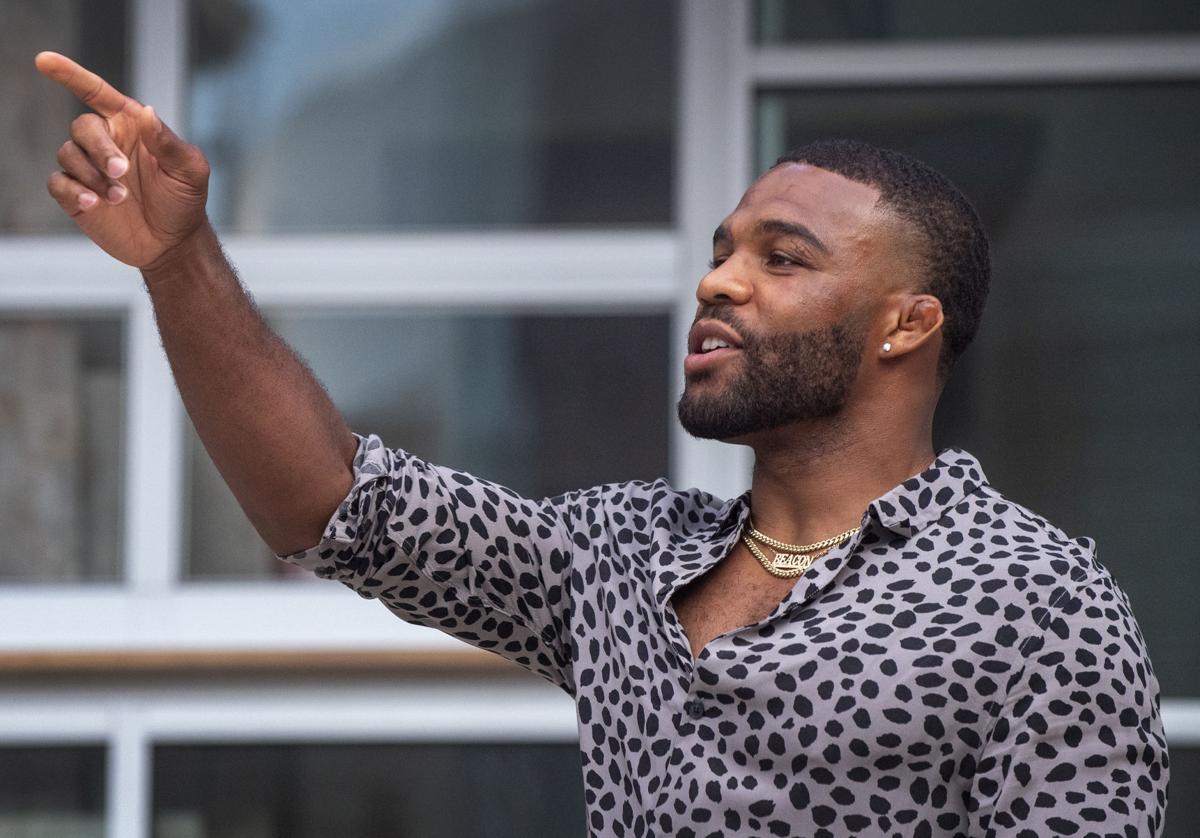 Olympic freestyle wrestling gold medalist and Nebraska legend Jordan Burroughs takes questions from the audience on Wednesday as he said farewell to fans at the Railyard before moving to Philadelphia later this week.

It started with pen and paper. It will end with memories and see-you-laters.

In November 2005, a letter from Nebraska wrestling coach Mark Manning to Jordan Burroughs not only helped land the wrestling phenom from Sicklerville, New Jersey, but helped carve the face of Team USA wrestling over the last 15 years.

"Dear Jordan, I really enjoyed visiting with you the other night! We've signed a few real good guys early, and only have so much scholarship available. But, you are one of the guys we really need to be a part of our program. When I watched you compete last year at the state tournament, I realized you have the ability to a great college wrestler. I believe with the workout (training) partners we have for you to wrestle with every day — that you will be able to challenge for the nat'l championship very early on in your career. I'm looking forward to having you come out here this spring. We have a lot of tough, good kids in our program and it's only a matter of time before we win the Nat'l  Championship. Keep working hard and dreaming of being 'a Husker'! ... Take care — Coach Manning."

"I think he has set a trajectory, not only (for) our Husker program," Manning told the Journal Star on Wednesday. "He was the first two-time (wrestling) NCAA champion at Nebraska. He'll have a trickle-down effect for our guys for years."

But the time has come.

Nearly a year ago to the date, July 15, 2020, Burroughs made the announcement that he would be leaving the Cornhusker State and become a resident athlete at the Pennsylvania Regional Training Center, and complete the family plan of one day moving closer to home.

Burroughs, along with his family, gave one last chance to chat with him and his family Wednesday evening in Lincoln's Haymarket Railyard district before they embark on their next journey.

"It's been amazing, it's been amazing," Burroughs said. "Growing up in a predominantly African-American neighborhood not one of my friends really wrestled. Everyone played basketball and they played football.

Burroughs on Jim Rome's show: Ex-Husker reflects on bouncing back from Rio, career in MMA and more

"So when I got here it was a large culture shock. The one thing I realized, people didn't see black and white in Lincoln, they saw red. That was always important to me. As I grew I was truly adopted as a son of the state of Nebraska. Everywhere I go around the country or the world I always represent the Huskers. That's why I stayed for so long. I wanted to show loyalty to help me develop and turn me into the man that I am today, but ultimately that has adopted me and accepted me in this community for a long period of time. It's been an amazing 15 years here in Lincoln."

Burroughs and Manning had spent time talking about the future after the 2020 Olympics were pushed back to 2021 because of the coronavirus pandemic.

The plan was to wrestle until 2020 and move to the next phase of life. Burroughs, and his wife Lauren, are expecting their fourth child and wanted to be closer to their families on the East Coast. Lauren is a New York native.

But failing to qualify for the Olympic Games in Tokyo has left an itch on Burroughs' mind and he plans to compete for a shot at the 2024 Olympics in Paris.

"I think that's the goal for Jordan is 2024," Manning said. "He wants to make the world team here in a couple months in Oslo (Norway) in October. That's his goal right now and he's going to take each year for what it's worth. He's really excited about his future."

Detroit Lions embrace being underdogs in 2021

Olympic gold medalist and Nebraska legend Jordan Burroughs greets one of the hundreds of people who came to see him on Wednesday as he said farewell to fans at the Railyard before moving to Philadelphia later this week.

Olympic freestyle wrestling gold medalist and Nebraska legend Jordan Burroughs takes questions from the audience on Wednesday as he said farewell to fans at the Railyard before moving to Philadelphia later this week.