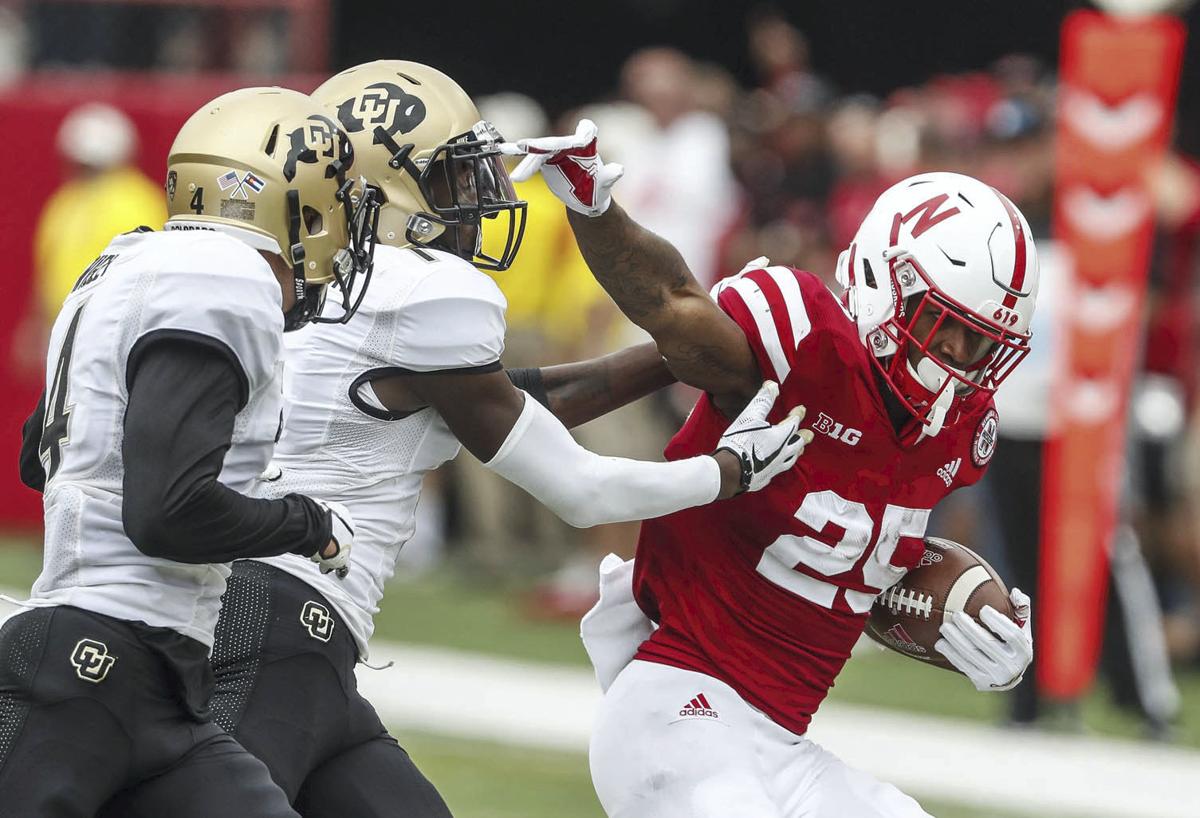 Husker Antonio Reed breaks through the Colorado defense on a run during Saturday's second quarter. Corbey R. Dorsey/For the Independent 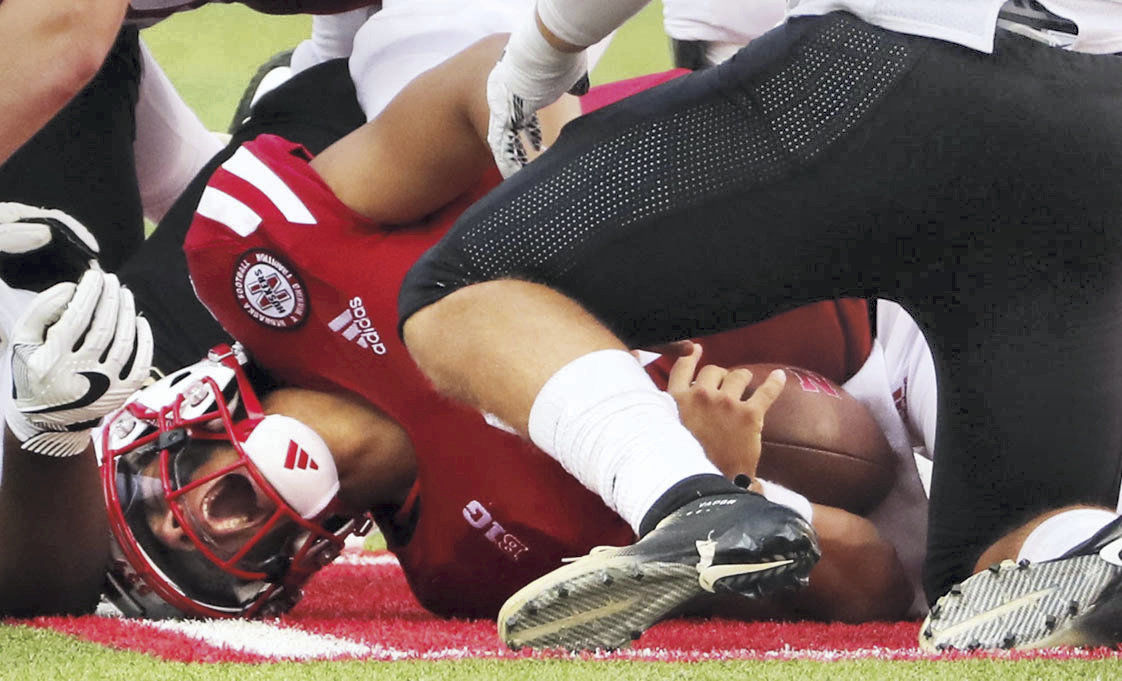 Nebraska quarterback Adrian Martinez goes down in pain subsequently coming out for the remainder of the game Saturday in Lincoln. (Independent/Andrew Carpenean)

The Cornhuskers (0-1) finished with 565 yards on 83 offensive snaps, including outrushing the Buffaloes (2-0) by a 329-44 margin at Memorial Stadium. Three turnovers, including two lost fumbles that helped stake Colorado to an early 14-0 lead, were perhaps the only downside to Nebraska’s debut under first-year head coach Scott Frost and offensive coordinator Troy Walters.

“There were areas where we made mistakes and they were able to capitalize on them,” NU senior guard Tanner Farmer said. “It’s part of the game — that’s football — anything can happen. We need to work on fixing the small mistakes and we’re going to be a great team.”

“I’m not going to discredit other football teams that I’ve been on or other coaching staffs I’ve been with, but this team — if you know football — you can see that this team has a lot that we can do better,” Foster said. “We had a whole lot of things that you can fix.”

Save for a lost fumble and an interception, the debut of Adrian Martinez as Nebraska’s starting quarterback didn’t disappoint. The 6-foot-2, 220-pound true freshman from Fresno, California, completed 15 of 20 pass attempts for 187 yards and a touchdown and also led the Huskers in rushing with 117 yards and two TDs on 15 attempts.

Martinez opened Nebraska’s scoring with a 41-yard scoring run that cut Colorado’s lead to 14-7 with 3:47 left in the first quarter. His 3-yard TD run with 2:24 left in the second quarter put the Huskers ahead 21-14. He also had a 57-yard TD pass to wide receiver JD Spielman to give NU a 28-20 advantage with 5:35 left in the third quarter.

“He stayed calm and collected and he didn’t let anything get him down,” Farmer said of Martinez. “He responded well to anything that came in our path. He’s a special guy, overall.

Martinez’s status for next Saturday’s 11 a.m. home game against Troy might be in question after he suffered what appeared to be a lower-leg injury with 3:29 to play and had to be helped off the field. Backup signal-caller Andrew Bunch was 4 of 9 passing for 49 yards and drove Nebraska to the Colorado 20-yard line in the closing seconds but threw three consecutive incompletions to close the game.

Farmer said the loss was frustrating because he felt like the Huskers were on the verge of pulling away once they took the lead.

“I felt like we were starting the train — just rolling,” Farmer said. “Just little things stopped us and stopped the train. It was a bummer.”

Farmer said the mistakes Nebraska had certainly weren’t helped by the fact that it didn’t already have a game under its belt before facing the Buffaloes. The Huskers’ scheduled season opener on Sept. 1 against Akron was called off due to severe thunderstorms.

“It maybe hurt a little bit as far as getting some nerves out,” Farmer said. “I know I felt like I didn’t play up to my potential in the first half. I was kind of working through some things and I think maybe a lot of guys dealt with that.

“I think maybe that hurt us a little bit, but it is what it is. That happened and we needed responded to that and we didn’t respond the way we needed to. We’ll just move on from here and respond next week.”

“Those were good stats for a game,” Farmer said. “The scoreboard just doesn’t show it. It happens.

“I think everybody in most situations was doing what they needed to do, but there were just a couple of times that we just didn’t do it and (Colorado) was able to capitalize.

“Guys were blocking and we were covering up guys and the guys were finding the holes and making the most of it and running their butts off.”

Four Downs: The four most interesting Husker notes from Monday, including 'frank talk' on O-line

Four Downs: The four most interesting Husker notes from Monday, including 'frank talk' on O-line

Two-Minute Drill: Reacting to Scott Frost's comment about this year's team compared to past groups

Two-Minute Drill: Reacting to Scott Frost's comment about this year's team compared to past groups

Husker Antonio Reed breaks through the Colorado defense on a run during Saturday's second quarter. Corbey R. Dorsey/For the Independent

Nebraska quarterback Adrian Martinez goes down in pain subsequently coming out for the remainder of the game Saturday in Lincoln. (Independent/Andrew Carpenean)