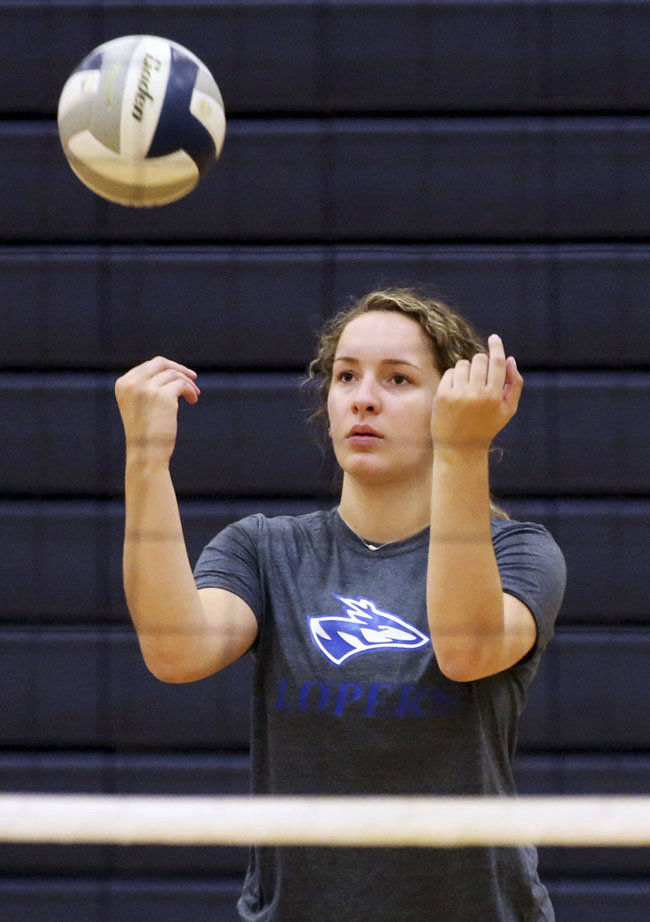 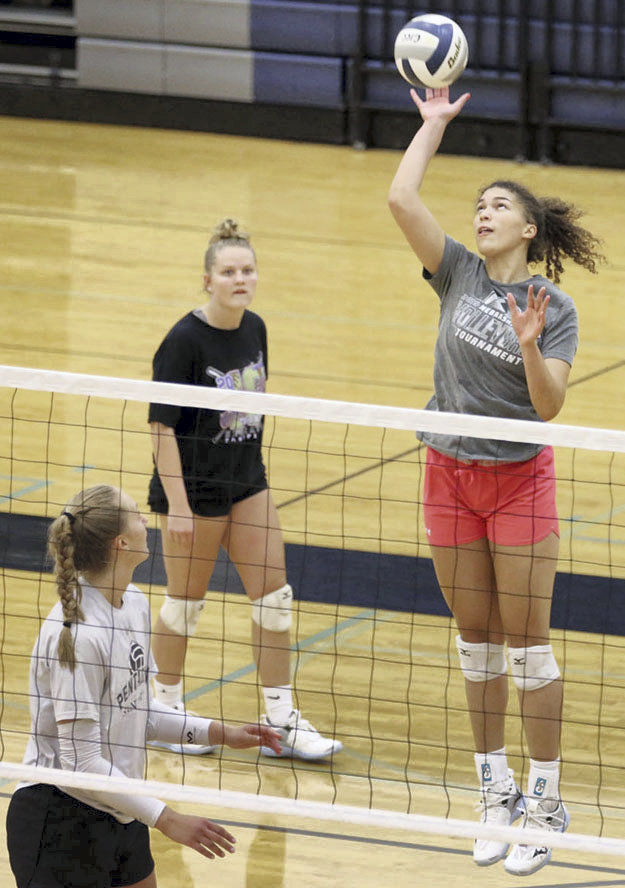 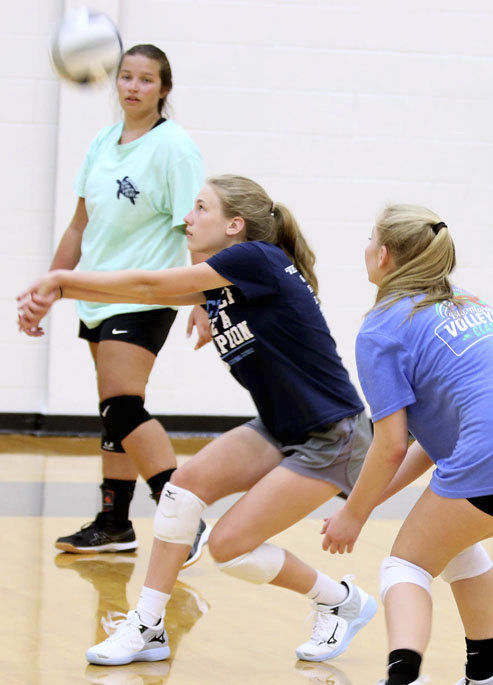 With Grand Island moving into phase 3 of the Directed Health Measures related to the COVID-19 pandemic, schools now have the opportunity to host summer camps for high school athletes.

A few of the city high schools will get their camps going this week with either youth or high school camps.

The Grand Island Central Catholic volleyball team was one that started one of theirs on Monday. It held a two-day high school camp beginning Monday morning that lasted until noon.

“It’s nice to get things back to normal and get the kids back to the swing of things,” GICC volleyball coach Sharon Zavala said.

Nebraska-Kearney assistant coach Steph Brand, a former GICC player, was the instructor for the camp, with assistance from Loper player Fallon Stutheit. The camp worked on fundamentals such as ball-handling.

Other camps going on this week include:

% The Northwest volleyball team will have its youth camp Tuesday-Wednesday with three sessions.

% The Northwest girls basketball camp will hold its youth and high school camps in three sessions on Thursday and Friday.

% The Northwest football team will have its high school camp Tuesday-Friday.

% GICC’s boys basketball had the start of its high school camp Monday night.

% The Heartland Lutheran volleyball team will have its high school camp Tuesday, Thursday and Friday.

% Other teams from the high schools will have a few youth and high school camps later on in the summer, except for teams at Grand Island Senior High.

Northwest volleyball coach Lindsay Harders said she and her staff, as well as the parents, are thankful that camps are taking place.

“A lot of work was done by our administration to make sure this was possible,” Harders said. “We have tons of parents who were very anxious and glad when we announced that we were going to have camps because it gives their kids something to do.”

But the coaches are still thinking of safety while having these camps.

After they were done with the first day, Zavala had the campers clean the balls after every practice.

Northwest is going to take temperatures of all the participants and reduce physical closeness or contact between players when possible by allowing players to focus on building their skills and keeping the campers in small groups. They are requiring the campers to bring their own water bottles.

“We still have to preserve every precaution that we can so we don’t get sidetracked again,” Zavala said.

With that in mind, Northwest football coach Kevin Stein said continuing to follow the guidelines will still be critical if there is going to be a fall sports season.

“It’s important that we need to do things right and keep flattening the curve,” he said. “If we don’t do July and August right, as well as August and September, it won’t matter because we won’t have a season at all. We need to think health before we think of our schemes for the season.”

Dayton Moore was in the Atlanta Braves’ front office when he saw a young Alex Gordon turning heads in the Arizona Fall League in 2005.