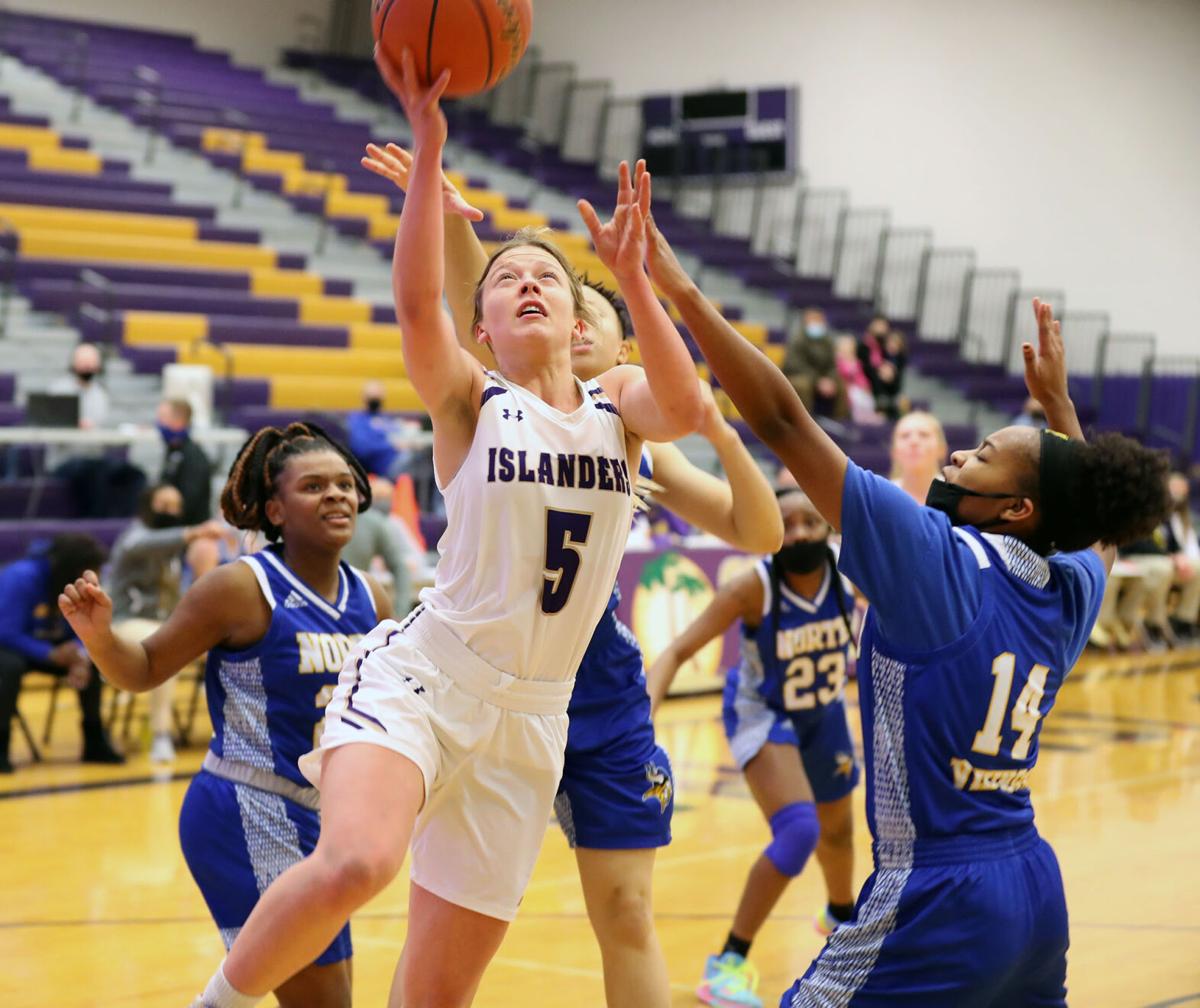 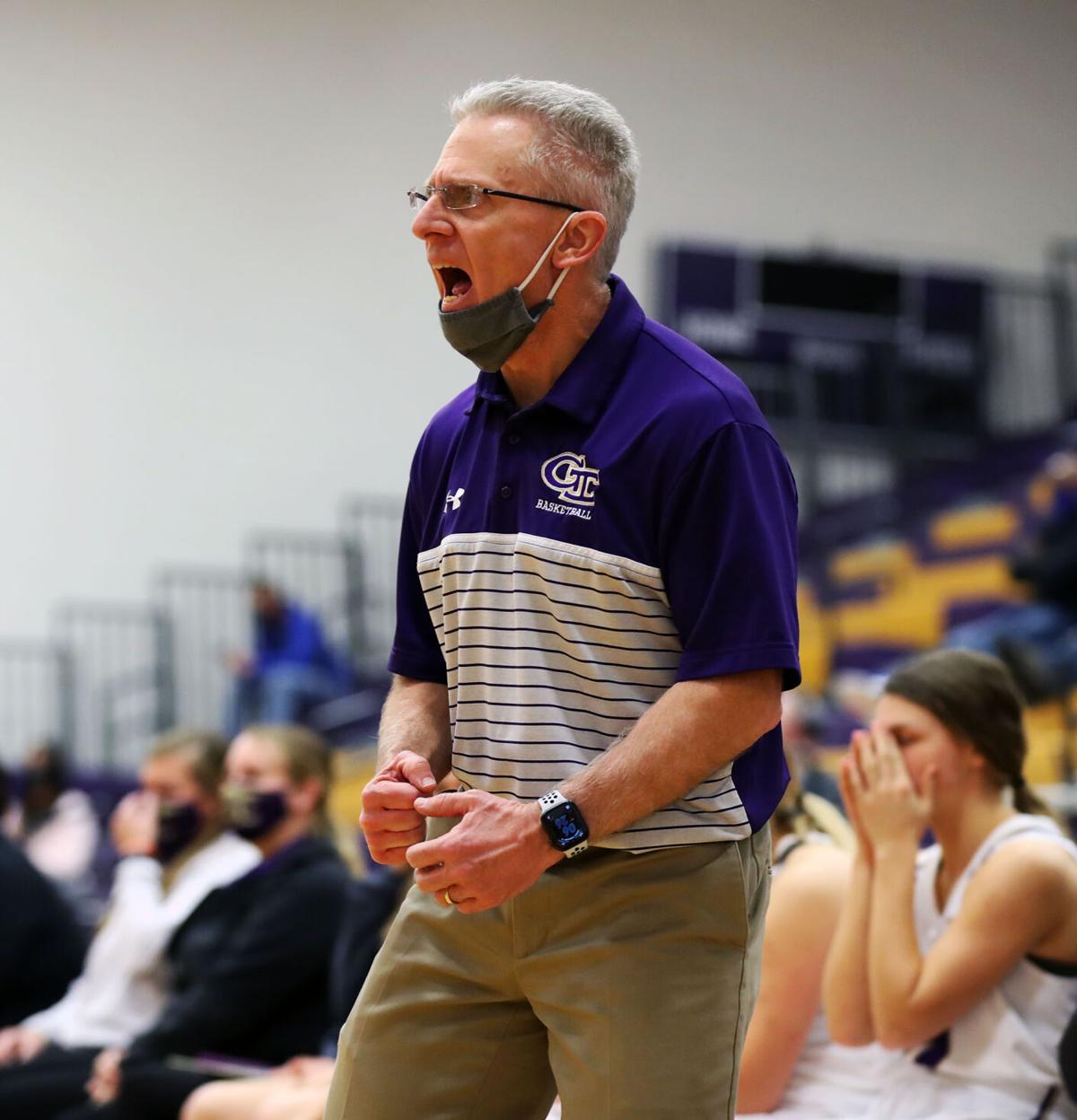 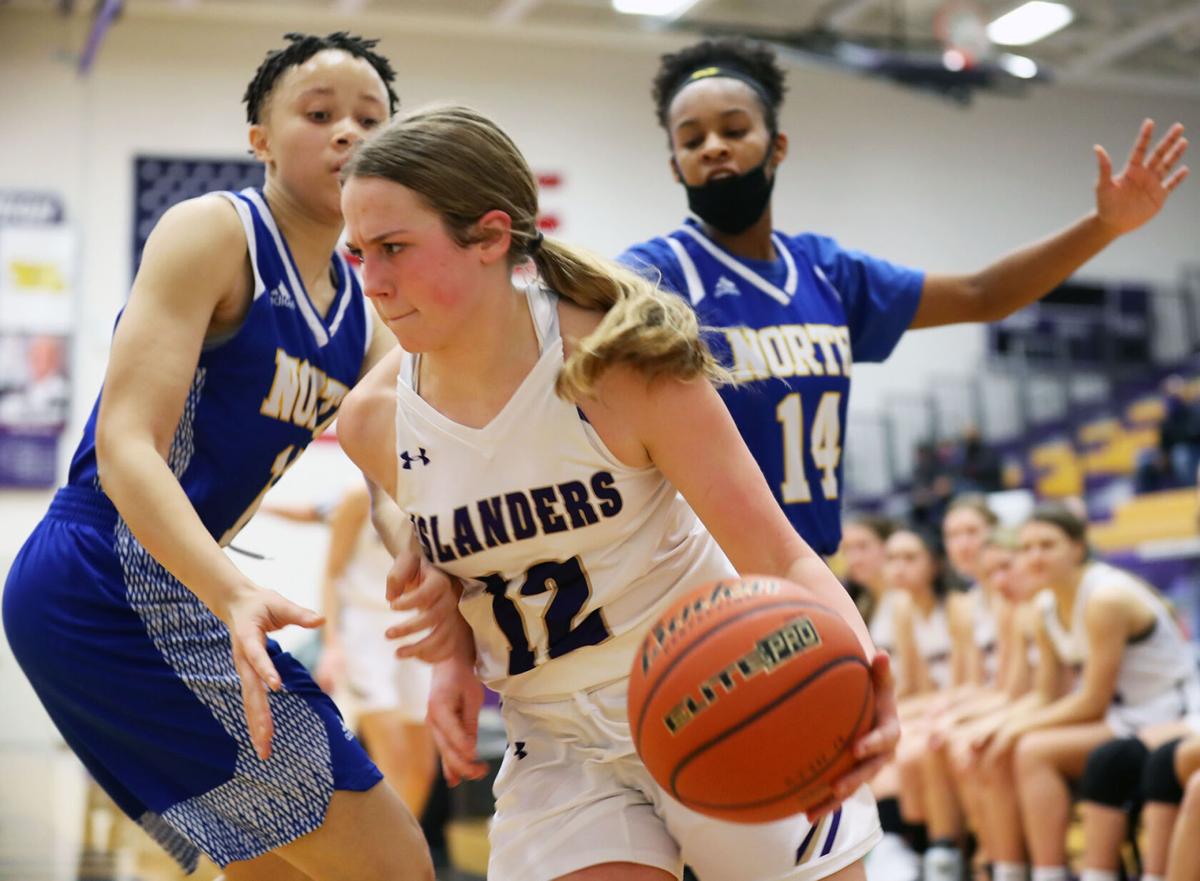 Trailing by 10 points to Omaha North with 2:44 remaining, Grand Island Senior High appeared to be headed towards its 29th consecutive loss.

But the Islanders had different ideas.

Grand Island outscored the Vikings 15-2 from there and used a pair of Claire Kelly free throws with 30.2 seconds left to take the lead. What ended up as a 40-37 win snapped a 28-game losing streak and earned the Islanders their first victory since Jan. 17, 2020.

“The thing is they were down, and it would have been easy to lay over and let it go, but they kept fighting,” G.I. coach Scott Hirchert said. “They created some turnovers, and turnovers led to offense. We started gaining some confidence and then the ball goes in the hole for you.

“Claire stepped up and hit some huge free throws and we got some big turnovers, some big stops down at the other end. The kids played hard. They played well.”

She was sent to the free-throw line with 30.2 seconds left, and Hirchert felt good at that point.

“I was confident,” he said. “Claire’s a good player. She’s confident and she wants to be that kid on the line, and that was good. She showed no trembling, no nothing. She just stepped up and shot it like she does in practice and in games.”

There were plenty of reasons for the coach’s confidence. Kelly was already 9-for-10 from the line in the game en route to her 17-point night.

And the junior guard said she was prepared for those types of late-game, high-pressure free throws.

The Islanders forced a turnover and got the ball back upcourt. A loose ball near the 3-point line led to valuable seconds evaporating for Omaha North (2-17) before Grand Island secured it and passed to a wide-open Madison Webster underneath the basket for a final layup.

Grand Island forced six turnovers in the fourth quarter to spark the rally while committing only one. The Islanders had 17 turnovers over the first three quarters.

“(The Islanders) started to fly around a little bit and started to jump some passes a little bit, and I think that’s been our Achilles as far as pressuring teams,” Hirchert said. “We kind of lay back and don’t see it quick enough to anticipate it to get it. But tonight I think we did a little better job of that.”

Despite trailing by double digits late, Kelly said the Islanders were confident they could turn the game around.

“When we went to the huddle we just believed that we could come back and do it,” she said. “I’m really proud of us because we have a lot of grit.

“I think this will give us a lot of confidence and help us keep our heads up. With everything that’s happened this season, it’s nice to have this happen for us.”

Hirchert said it was a meaningful win since the girls were finally rewarded on the scoreboard for their hard work.

“All year long our practices have been really good,” he said. “The kids practice hard every day. I kept telling them that they have to keep persevering and sooner or later we’re going to get one to come our way. But they kept coming to practice and fought, fought, fought every day.

“It’s a relief on my part to get them to see that pay off because they needed it. It was a team effort. The kids on the bench were whooping and hollering.”

There was plenty of excitement for the Islanders on the court following the final buzzer, and that followed them into the locker room.

“It was great to pull out a win,” Kelly said. “I think we’ve gone through a lot of adversity this season, and just working together every day in practice and working hard helped us finally pull out a win.”

The Dannebrog-Cairo-Boelus American Legion baseball program long ago established itself as a winner.

BOELUS — A special summer continued for the Dannebrog-Cairo-Boelus juniors Tuesday.

Kalvin “Hot Sauce” Henderson never heard of Grand Island prior to this year.

Niobrara State Park the place to be

Niobrara State Park was something of a surprise. For some reason, we’d envisioned flat land and lots of trees when planning our day trip to th…

A Grand Island legend is going to be part of the Nebraska Greats Foundation.