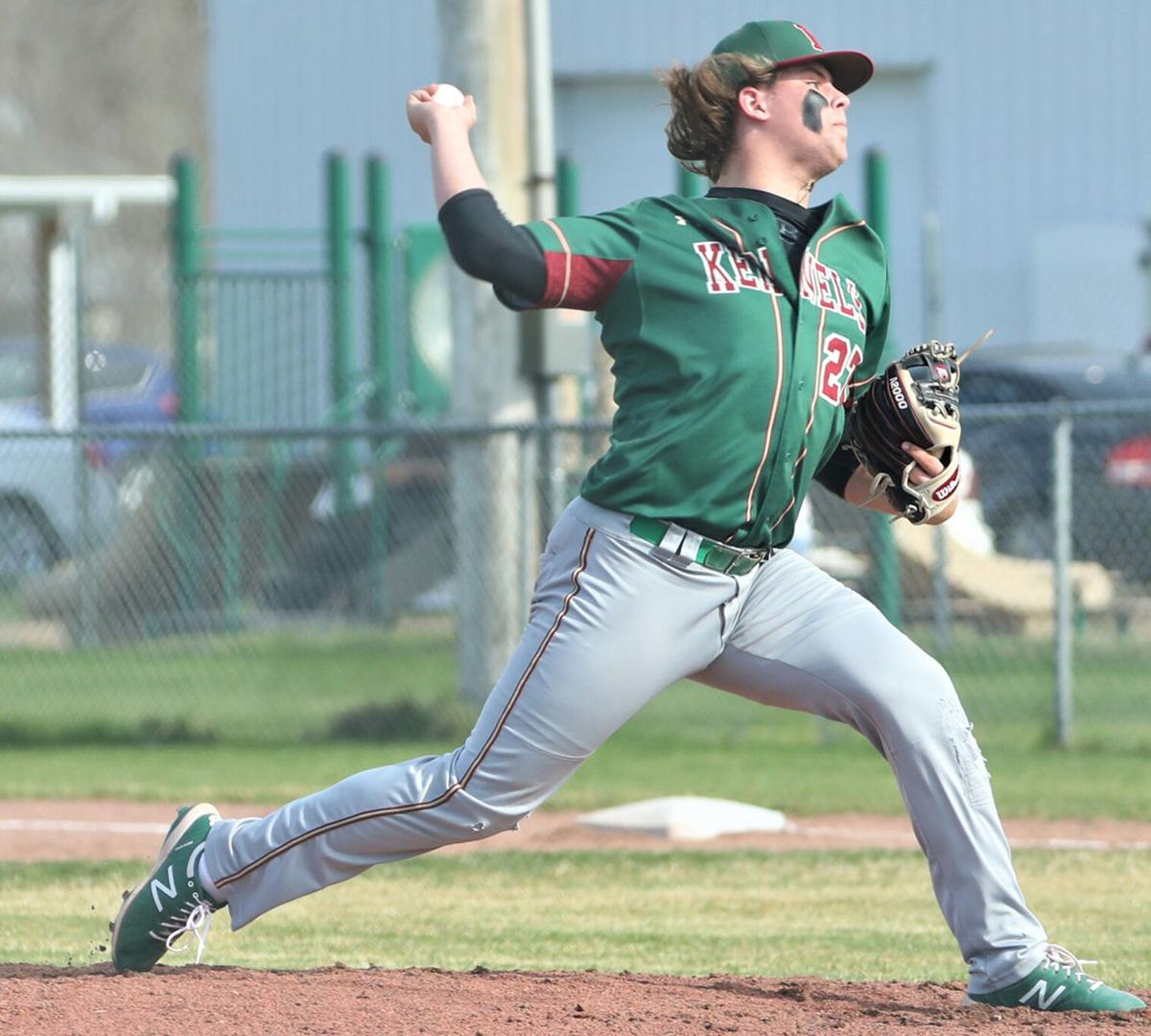 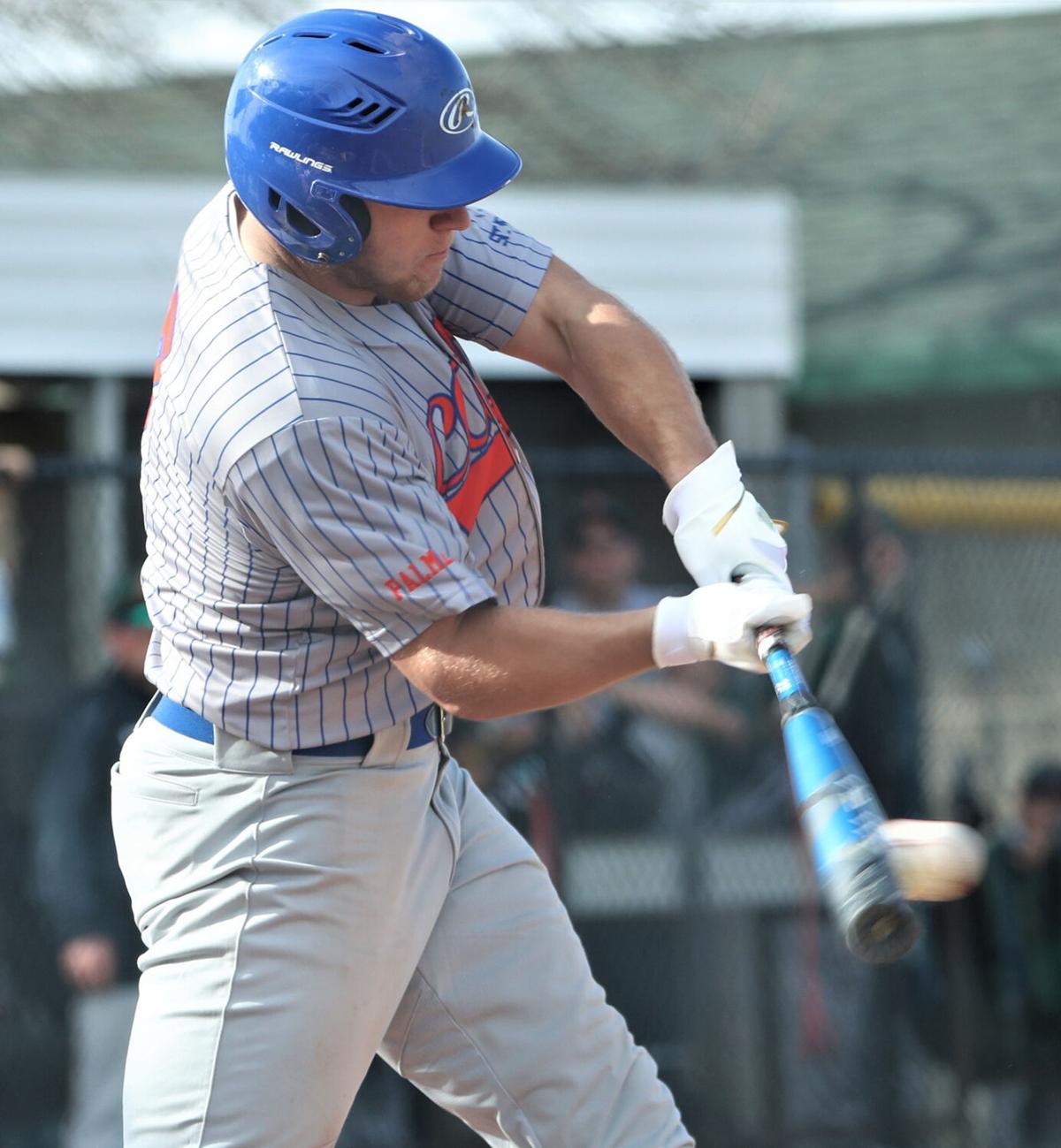 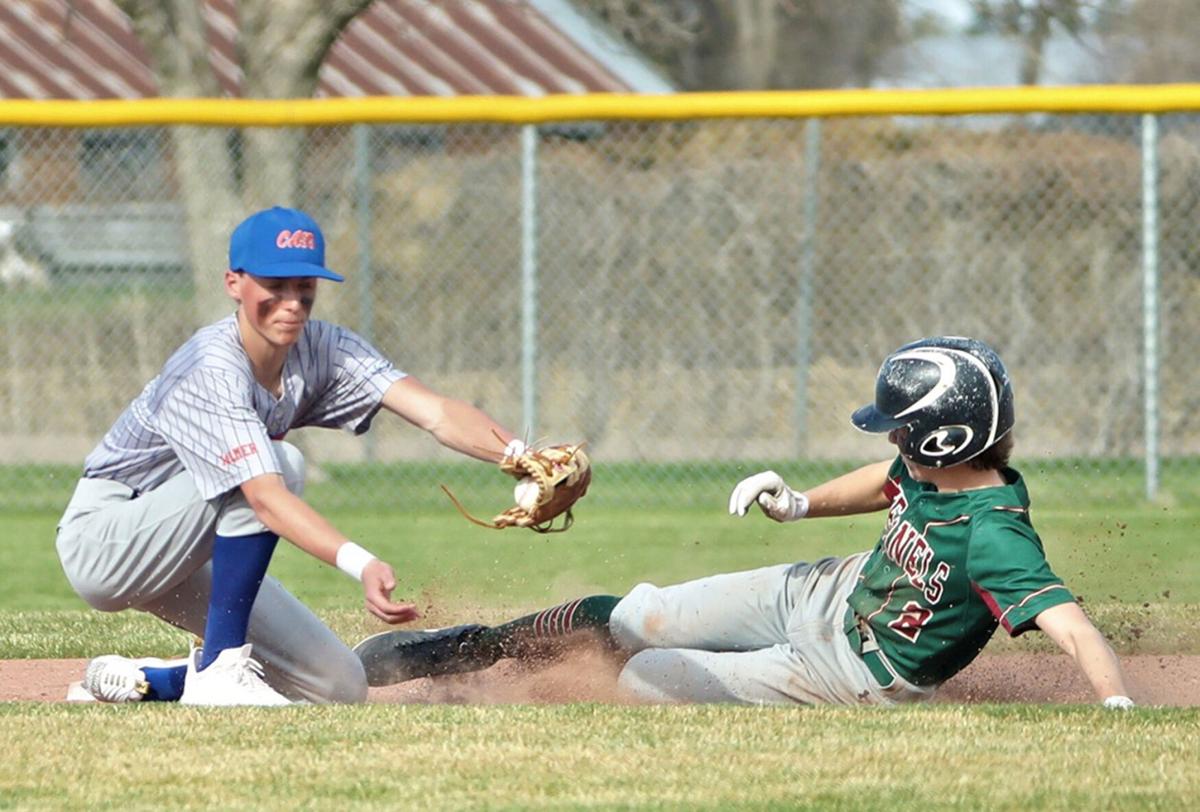 Jensen hit a tie-breaking two-run home run in the bottom of the sixth inning and also pitched the final 2 2/3 innings of Central City/Fullerton/Centura’s 8-5 victory over the Cats at Kernel Field.

The Kernels (5-1) scored in every inning but found themselves in a 5-5 tie when Jensen sent a full-count pitch over the fence in right centerfield with one out.

“I wasn’t really thinking ‘hit a home run,’” said Jensen, who went 2-for-2 with a double and two walks. “I was just trying to get on base because it was a tie ballgame at that point, so we needed some runs.

“But it was a good pitch right down the middle, so I took it how it was. It definitely felt good. I was on the mound at that point, so it was nice to get a couple of runs up on them.”

That type of hit by the team’s No. 3 hitter didn’t surprise Central City/Fullerton/Centura coach Brandon Dethlefsen.

“He’s been hitting the ball well all season,” he said. “There was a little bit of breeze out to right center and he got up in there and it went. It was huge with him on the mound. He was able to come back out and finish it off, so huge end of the game for him.”

St. Paul/Palmer tied the game in the top of the sixth off of Jensen with an RBI double by Ruger Reimers followed by an RBI single from Gunner Reimers.

And after Jensen got the first two outs in the seventh, the Cats used a hit batter and a walk to get the tying run to the plate.

But Jensen struck out Ruger Reimers on three pitches to secure the win. He relieved starter Tres Gonsior, who allowed three runs (two earned) on four this with six strikeouts and two walks over 4 1/3 innings. Gonsior also had a pair of hits.

“It feels great starting 5-1,” Jensen said. “We’ve never done that in Kernels high school baseball. It feels great to get some wins and get some momentum throughout the season.”

Central City/Fullerton/Centura’s lone loss came to Class B No. 6-rated Hastings. Its other wins all came by at least six runs, so this time the Kernels proved they could win a close one when they weren’t at their best.

“We didn’t have our best game defensively,” Dethlefsen said. “We were making errors that are not usual for us. We had some throws from the outfield that were offline – just some bad gloves every now and then.

“But pitchers held in there and hats off to St. Paul/Palmer because they put the bat on the ball. They made contact and they ran the bases well and put pressure on us.”

St. Paul/Palmer outhit the Kernels 7-6 but were hampered by issuing 12 walks.

“The walks got us, I think,” Cats coach Jim Sake said. “I didn’t see that one coming quite as much. I think that is definitely something you can anticipate the first game out, the walks. But it went better than anticipated in spots.”

Sake said the team’s capabilities at the plate weren’t a surprise. Trevor Dugan went 3 for 3 with two RBIs and a walk. He had the program’s first hit (a single to center field) and RBI in the top of the first.

But Central City/Fullerton/Centura’s bats were able to answer.

“We won with our bats,” Jensen said. “On defense we didn’t have our best game or our cleanest game, so we hit the ball and scored enough runs. Our bats definitely kept us in this game.”

St. Paul/Palmer finally played its first game after its inaugural season was canceled last spring due to the COVID-19 pandemic. The Cats has to wait an extra 10 days when its opener against Seward was postponed by rain.

Sake said with St. Paul’s boys basketball team going to the state tournament and the baseball team getting a late start, he liked the original later start to the season.

But once that game was postponed, the team was more than ready to finally play.

“If the boys were as wound up about it as I was, that would be an understatement,” Sake said. “I think coaches included we were all ready to play last year. We thought we had a really great looking team, and we knew this year we were going to have plenty of those guys back.

“Just getting that monkey off our backs – we were sitting there watching the scores roll into the NSAA and there’s teams that have played five, six, seven games. We hadn’t played yet. So just getting out here and seeing the competition and understanding that we can play with these guys was really big.”

The Kernels, on the other hand, are in their third season and showing marked progress from 2019.

“We have a lot of older guys with a lot of experience,” Dethlefsen said. “Our first year (2018), we didn’t know what to expect and we came out and won four games. Our second year we won eight games and obviously last year COVID hit.

“This year the guys are confident and adding a couple of Centura guys has been huge. We went from having average depth to a lot of depth.”

This is the first year that Centura joined the co-op, which Dethlefsen said originally was hoped to be a three-school combination.

With the nice start, Central City/Fullerton/Centura would like to stay in the top 10 in the power point standings over the course of the season to earn a first-round bye in district play.

“But our biggest goal is taking one inning and one game at a time because you don’t look too far ahead,” Dethlefsen said. “We’ve been through the gamut in Class B spring baseball, and it’s a whole different story.”

We are a month into the track and field season.

Kamikaze Judge looks for another win

Kamikaze Judge burst on the scene at Fonner Park on April 2 in a 6-furlong race.