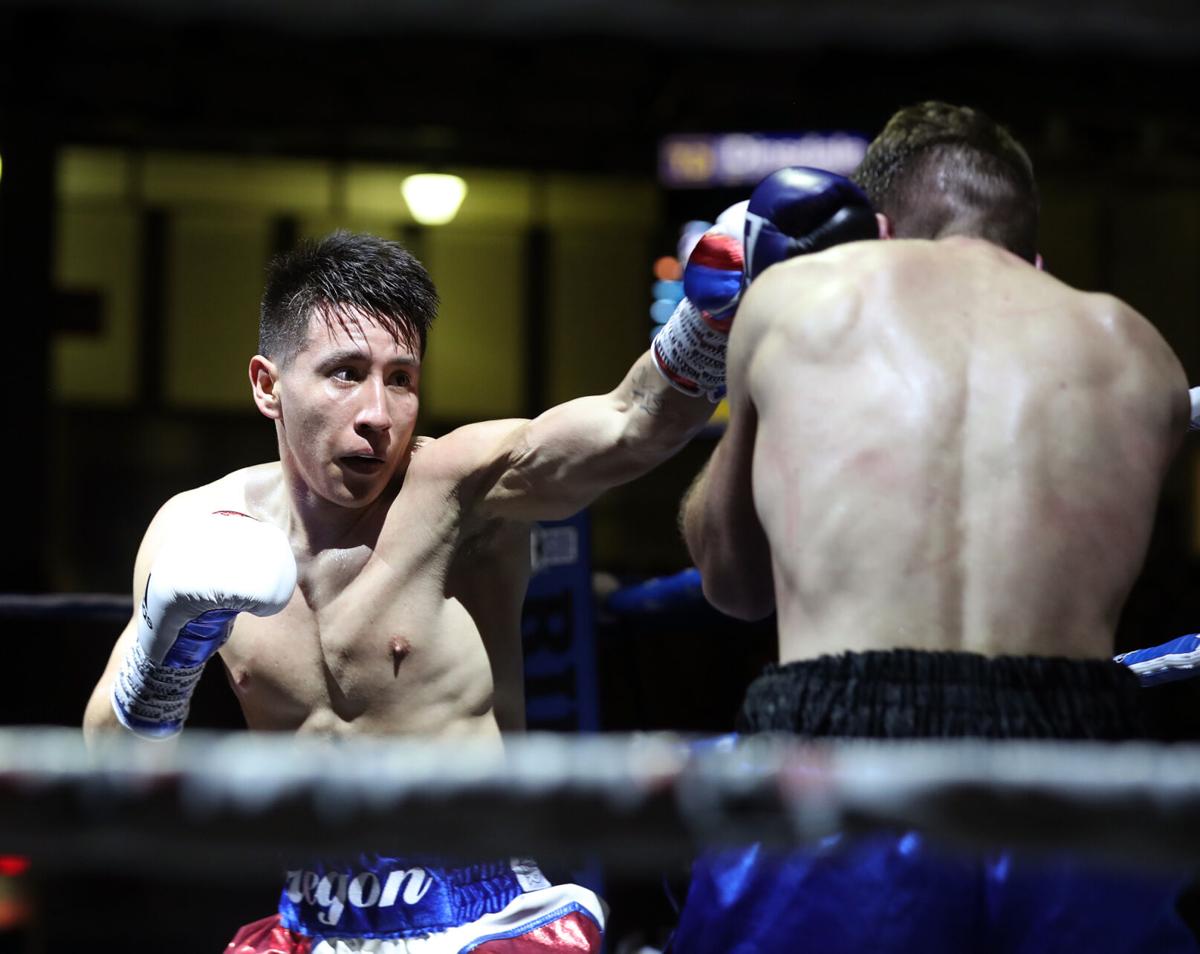 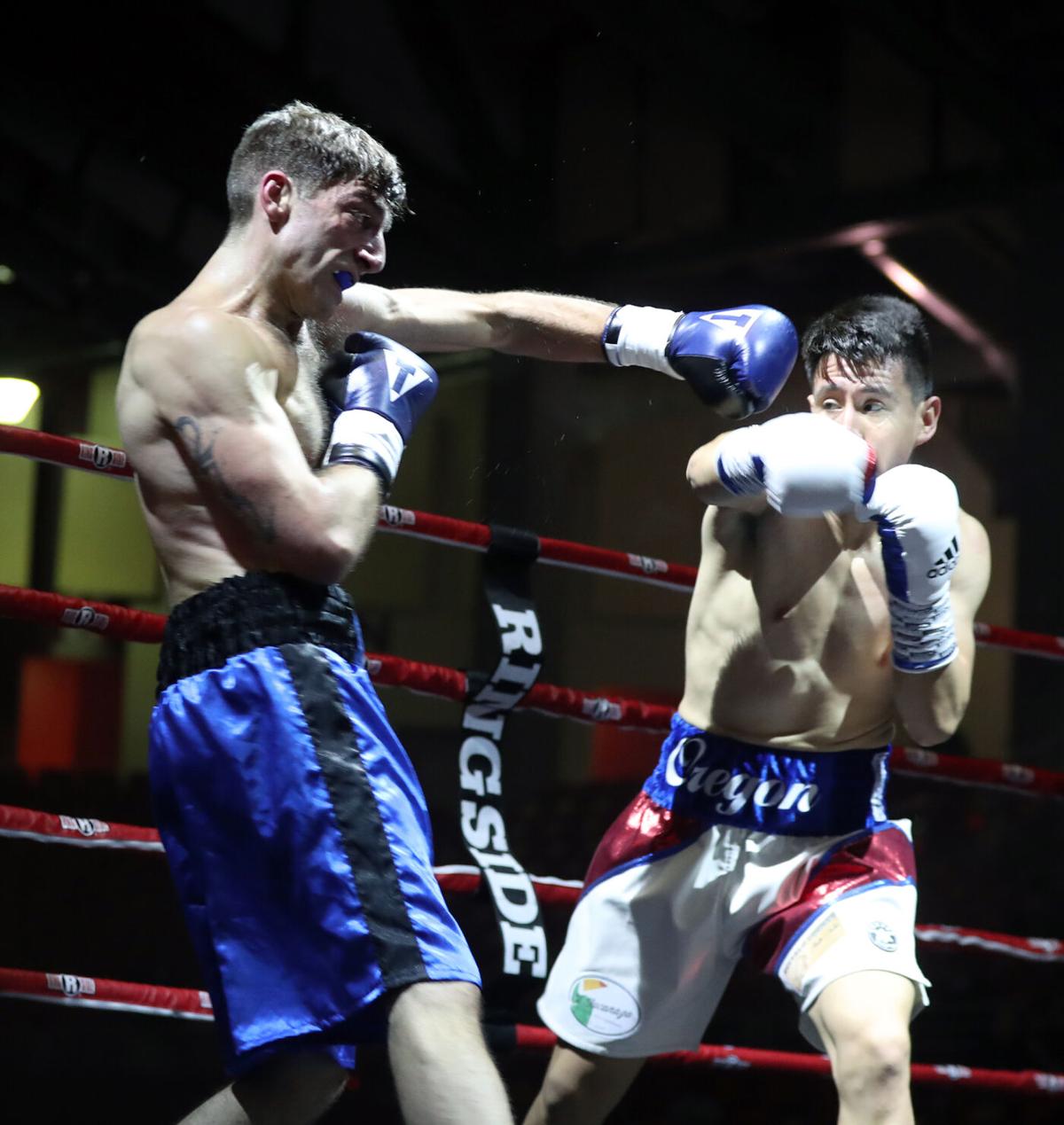 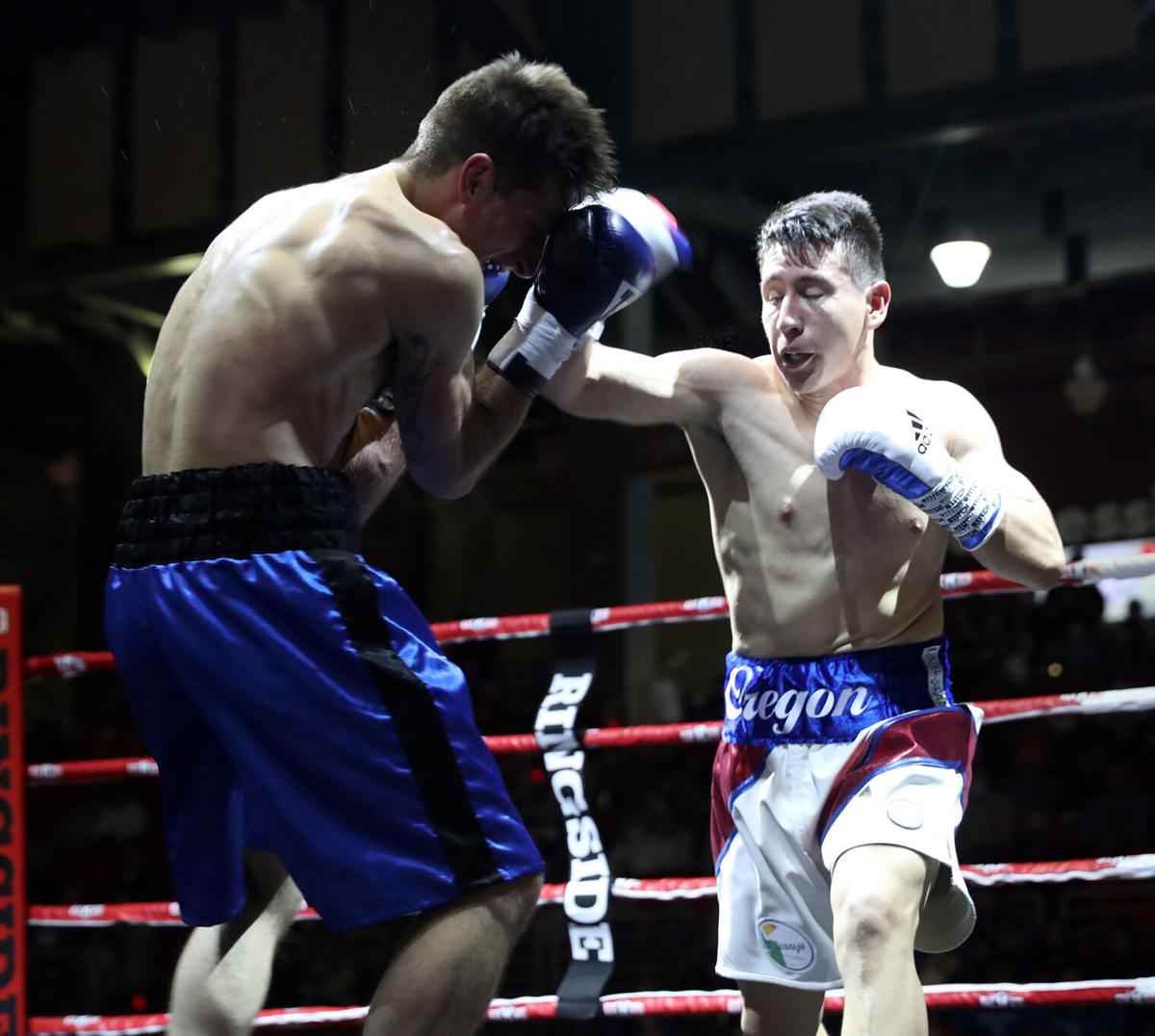 Justin Oregon went from stopping shots to delivering them.

The 22-year-old controlled his four-round welterweight bout against Benjamin Branch of Kearney to earn a unanimous decision in the opening contest of the eight-fight card.

“It feels good, man,” Oregon said. “I got to fight in front of all of my fans. It feels great.

“I showed a little bit of everything. I got touched up a little bit, but I’ll work on that in the gym. I felt great overall, and it was a good performance.”

Oregon said 12 amateur fights gave him plenty of experience so he didn’t feel any different entering his first pro contest.

The transition from goalkeeper to boxer was a natural one for Oregon.

“I boxed when I was younger before I started playing soccer,” he said. “Unfortunately, I didn’t get any soccer scholarships, so I decided to come back to boxing. It’s what I love.

“I love waking up and working hard every day. I’m blessed.”

While most wouldn’t consider boxing and soccer sports that translate well to each other – in one you have to use your hands and in the other only one out of 11 on a team is allowed to do so — Oregon said being a goalkeeper has helped him in the fight game.

“Fast feet definitely help in both,” he said. “Reflexes help too. You know they’re kicking those balls fast. Same with the ball and the punches.”

Oregon wants his boxing future to include “big things hopefully. Right now, I’m taking things slow, day-by-day and fight-by-fight. I want to grow as a boxer and hopefully I’ll be on a bigger stage than this.”

Kalvin “Hot Sauce” Henderson lived up to his billing by some as a top five American super middleweight in the main event. The 13-0-1 resident of Little Rock, Arkansas, was patient in his first round against Justin Baesman of Reno, Nevada.

But in the second round, Henderson took apart Baesman, who was making his pro boxing debut after 47 combat fights. Henderson landed a barrage of punches on Baesman in the corner on two different occasions before the fight was stopped at 2:34.

In the semi-main event, after a competitive first two rounds Grand Island’s Oliver Rivera landed a brutal left body shot in the third. He dominated after that to a convincing unanimous decision over Harrison Aiken of Atlanta in a four-round cruiserweight contest.

Rivera improved to 6-1 while Harrison, a veteran of 15 combat fights, was making his pro boxing debut.

On the bottom of his trunks, Rivera had “RIP Ralph Mead” and “RIP Frank Rodriguez.” That referred to two longtime figures in the Grand Island boxing community.

Rodriguez, a trainer and owner of Frank’s Gym who passed away in September of 2019, was also on the mind of another winner Saturday.

Jose Jacobo dedicated his second-round TKO victory over Jurmain McDonald of Jefferson City, Missouri, to Rodriguez and was emotional doing so.

“He was a long-time trainer, he was a friend, a father figure – he was everything to me,” Jacobo said. “This one was for Frank.”

Jacobo, who now lives in Lincoln, returned to his hometown for his first fight since a win Jan. 17, 2020, in Minnesota.

“To get out there was amazing, but to fight at home was even better,” said Jacobo, a super lightweight who improved to 9-1. “It was beautiful. We went one round. I saw what he had and felt him out. Once I hurt him with that counter left uppercut, his legs weren’t the same after that one.”

Tevin Anderson was victorious after an even longer layoff. The Hastings fighter improved to 5-0 with a third-round knockout of Dustin Heisse of Rochester, Minnesota.

“It went well,” Anderson said. “It’s a win and that’s what counts. It’s been about a year and a half since I fought, so it was good to get in there again.

“I felt a little bit of rust. But I guess that’s to be expected.”

Anderson was especially happy to fight after his original opponent hurt his hand at his job during fight week and had to withdraw. But matchmaker Reuben Rodriguez was able to find Heisse to step in and make his pro debut.

“I’ve had opponents pull out a week before and (Reuben Rodriguez) always found somebody,” Anderson said. “I went in and did what I do. I’m just grateful this guy took it on short notice.”

Coming off its first loss of the year and entering a grinding stretch of schedule, the Class B No. 4-rated Northwest boys soccer team put toge…

Trainer Heath Lawrence will be going for his first stakes win at Fonner Park Saturday.