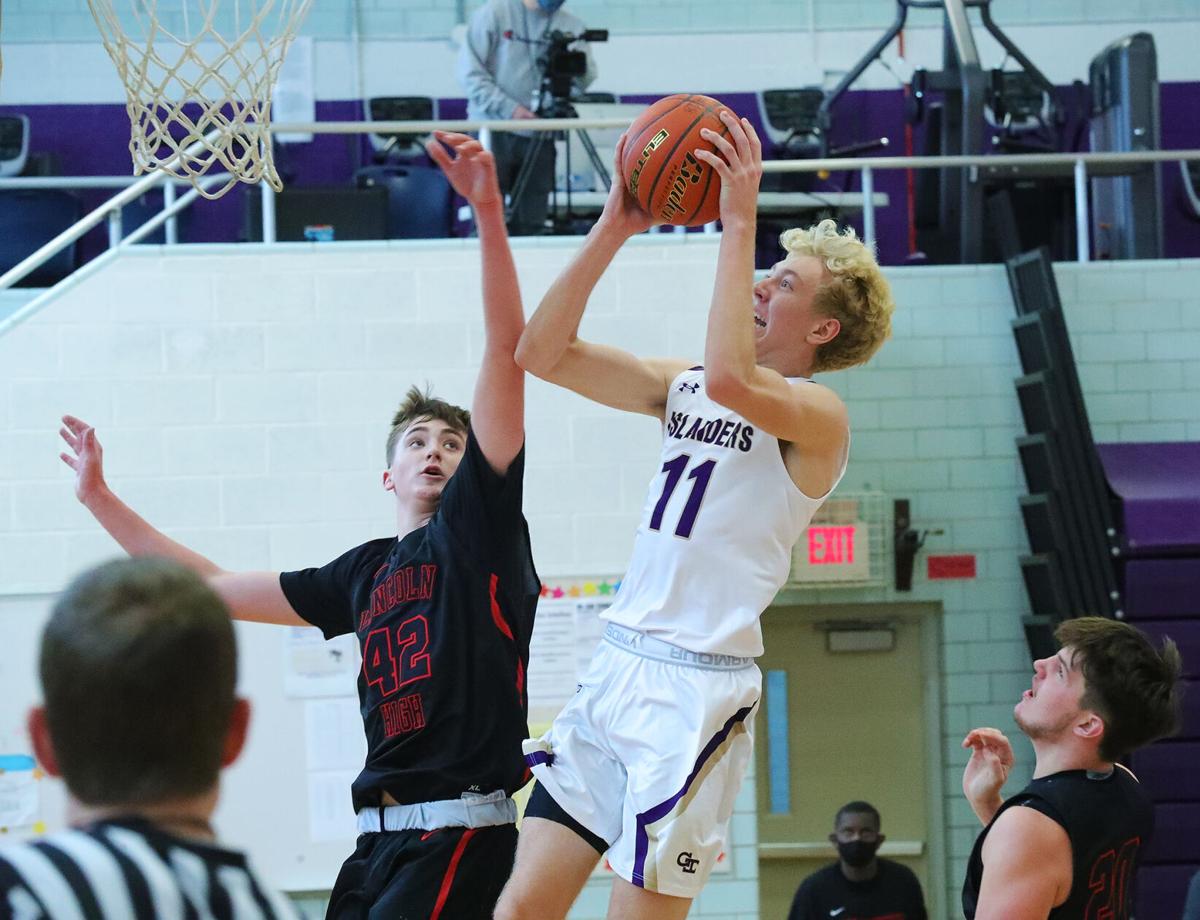 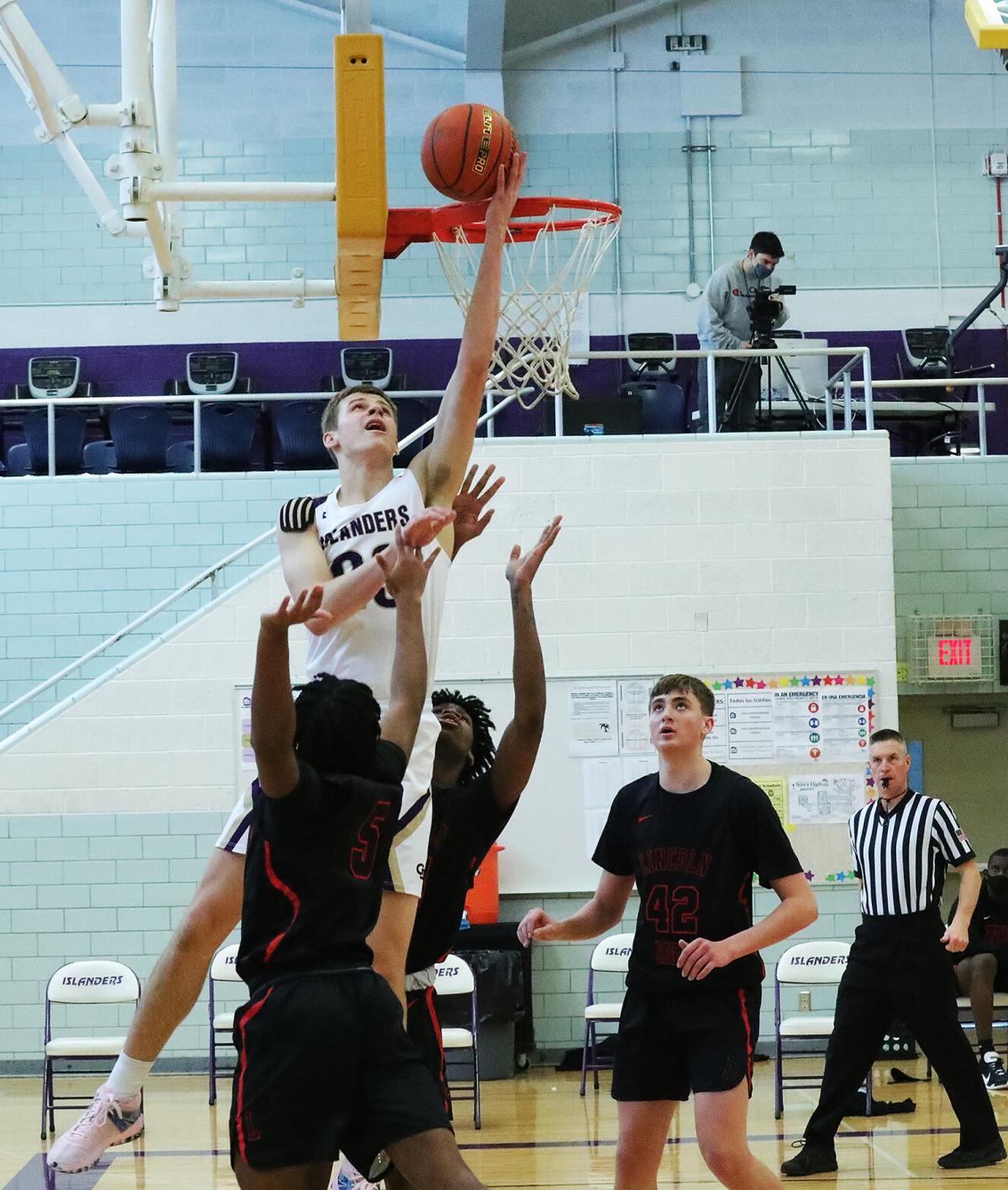 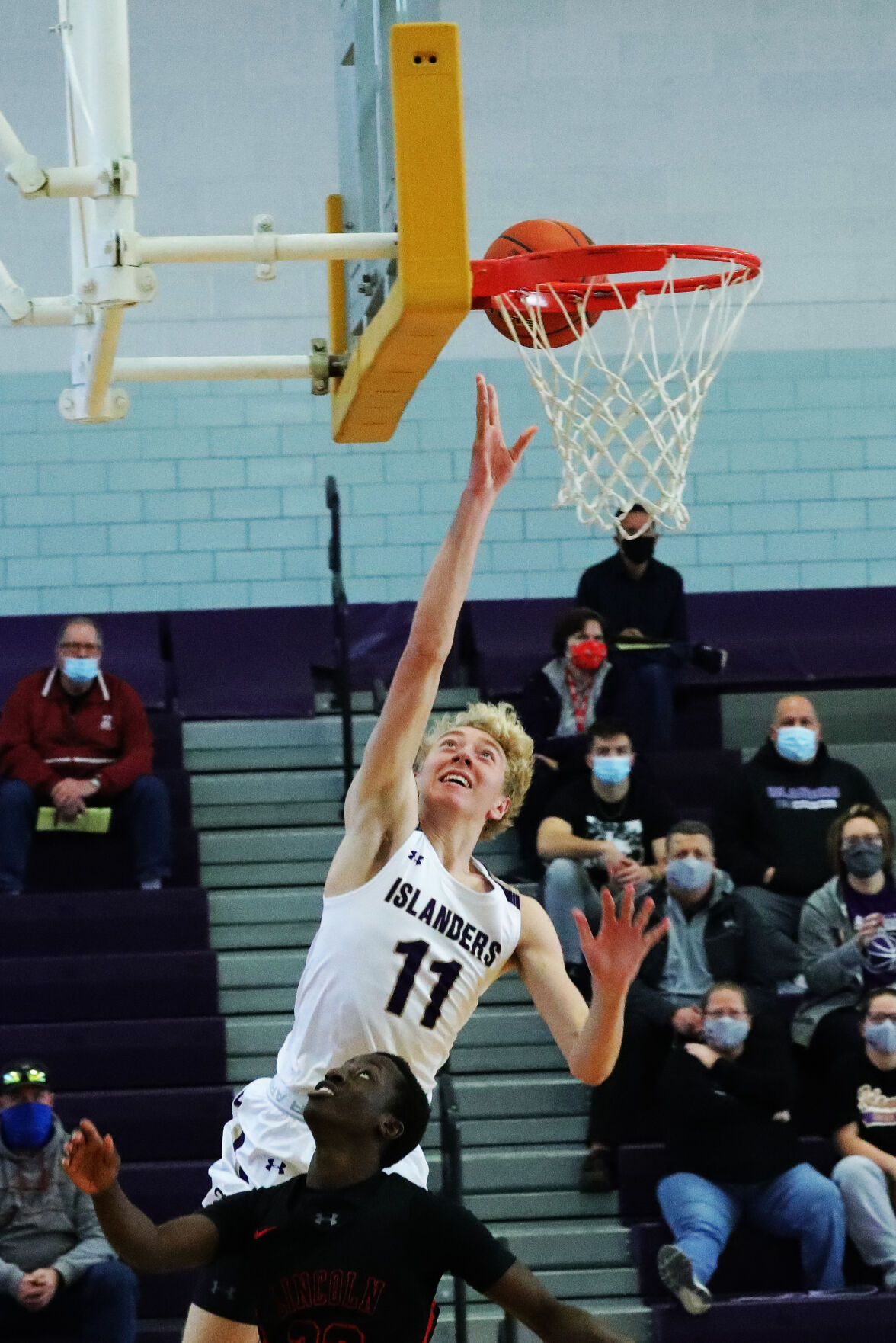 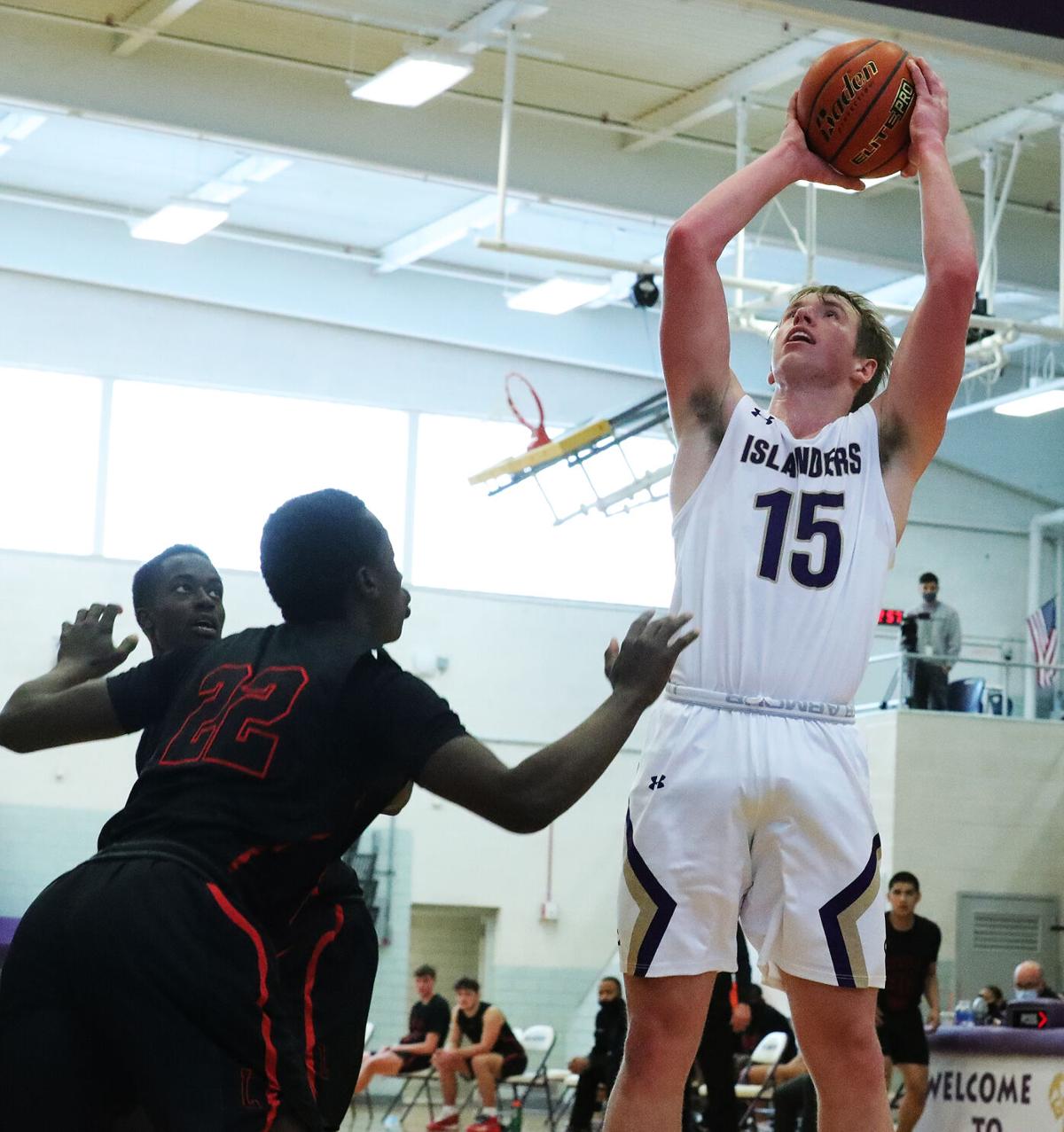 Grand Island Senior High didn’t start like a team that hadn’t had a full-fledged practice in 18 days on Monday.

The Islanders put up 22 points in the first quarter in their east gym to open up Heartland Athletic Conference tournament play with a 71-44 victory over Lincoln High.

In addition to the statewide five-day holiday moratorium, Grand Island also had an extended break after COVID-19 struck the team.

To compensate for that, the Islanders had an extending walk-through Monday morning.

“We spent longer than we usually do in a pregame,” coach Jeremiah Slough said. “We kind of had more of a practice environment this morning trying to knock off the rust, and we were awfully rusty. We’re coming off the moratorium but we’re coming off an extended break, too.

“We needed more of a high-energy opportunity this morning and knowing that we were probably not going to play (Tuesday) gave us a chance to do that.”

“We just had a good attention to detail defensively, and I thought we got some stops, generated some turnovers and we limited them to one opportunity,” Slough said. “We knew they were not very good in transition defense, so we had an emphasis this morning that we wanted to push the ball on missed baskets. I thought our kids did a good job of that in the first quarter.”

Traudt also had 10 rebounds to record another double-double. Kytan Fyfe gave the Islanders a big performance too by hitting his first eight shots and finishing with 20 points.

“We were spacing things out, moving the ball side-to-side and getting secondary looks,” the junior guard said.

Slough had been waiting for this type of performance from Fyfe.

“Kytan is the kind of kid who is just an instinctive athlete,” he said. “He needs an environment where he can just play, and we had that today. That’s the version of Kytan Fyfe that we’re going to have to have to achieve our goals.

“We hadn’t seen that for four games, but I think he was a little slowed up with illness. This is finally the first version of a fresh Kytan Fyfe, and it’s a pretty darn good one.”

Things clicked from the start for the Islanders, who saw Tyler Fay come off the bench and hit three 3-pointers in the first half. Dylan Sextro finished with eight points.

“We got together over break and we worked together,” Fyfe said. “The break that we had I think helped us. It was a great start today because it gave us confidence. Everyone started making plays. Tyler Fay made plays, Dylan Sextro – and Isaac did his thing.”

The Islanders hadn’t been on the court together since a Dec. 12 win over Bellevue East. Slough said making sure that his team valued the basketball was his biggest concern following that long of a layoff.

“Sometimes you get to playing too fast,” he said. “It’s almost like the first-game jitters again where you worry the kids are going to play too fast and turn the thing over. Our guys just didn’t have that. I thought we were a little sluggish defensively for the first two minutes of the game as far as rotational stuff goes, but we had a real good attention to detail offensively and I thought our kids took care of the ball.”

Grand Island advances to the quarterfinal round, which now takes place Wednesday at 5 p.m. at Class A No. 9-rated Lincoln Southwest.

“Southwest has played really well early on here,” Slough said. “They push it in transition, they get out and run and they have really good guard play. They pressure you in a variety of ways in the full court and they make you grind out possessions in the half court.”

How may players on the Cubs will be traded before the deadline?

How may players on the Cubs will be traded before the deadline?

Kalvin “Hot Sauce” Henderson never heard of Grand Island prior to this year.

The Dannebrog-Cairo-Boelus American Legion baseball program long ago established itself as a winner.

BOELUS — A special summer continued for the Dannebrog-Cairo-Boelus juniors Tuesday.

A Grand Island legend is going to be part of the Nebraska Greats Foundation.

Niobrara State Park the place to be

Niobrara State Park was something of a surprise. For some reason, we’d envisioned flat land and lots of trees when planning our day trip to th…

NORFOLK — Norfolk got off to a quick start and Home Federal couldn’t catch up.