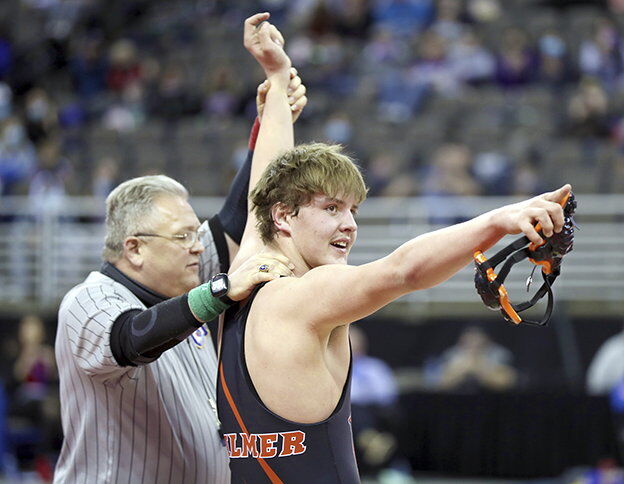 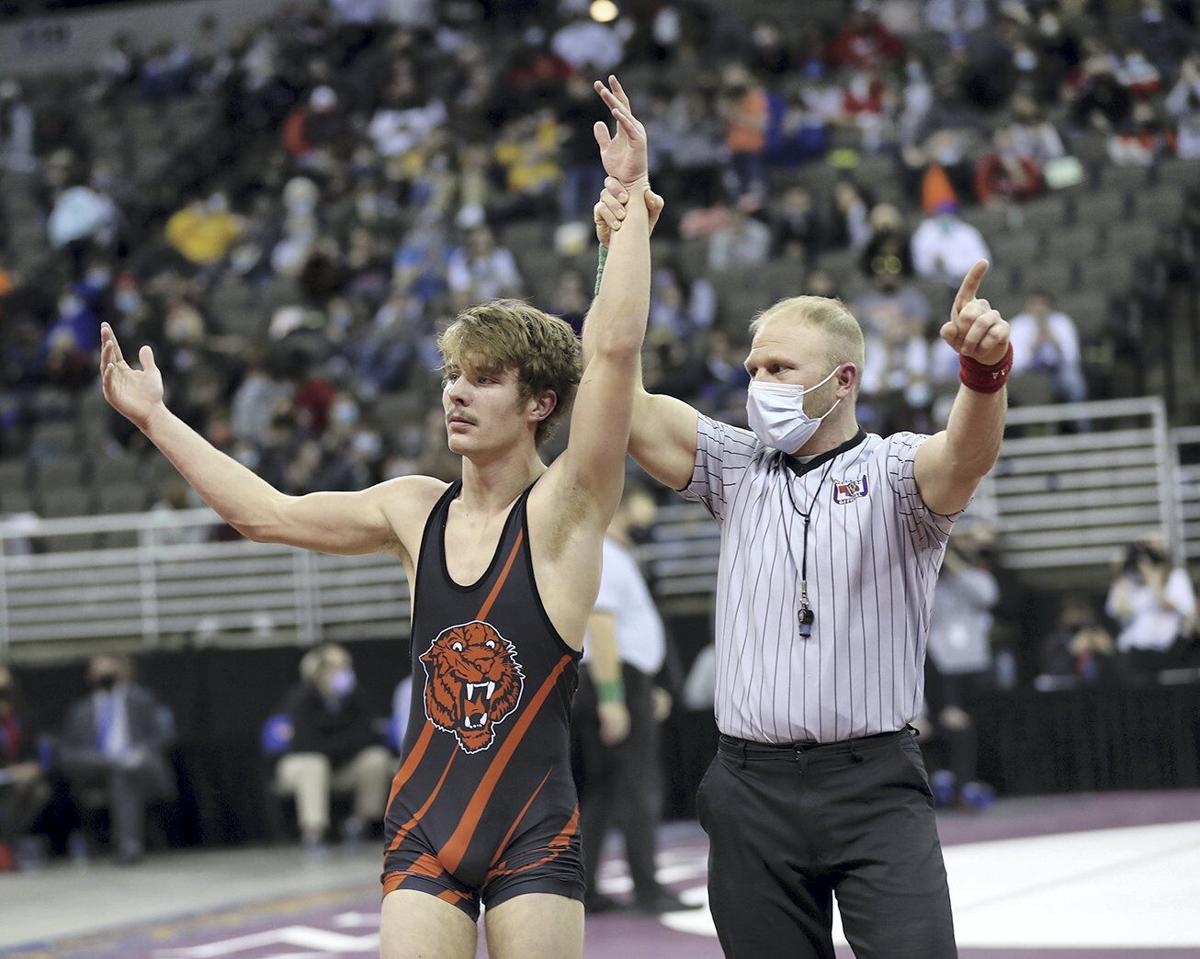 OMAHA – Palmer brothers Ruger and Gunner Reimers experienced a lot of moments of all kinds growing up together.

Now the two siblings can celebrate being state champions together.

The Reimers both captured Class D championships in their weight classes Thursday at the CHI Health Center.

Ruger captured his title after posting a 6-2 victory over Thayer Central’s Dominic Stewart in the 145-pound championship, while Gunner earned a 5-1 victory over Burwell’s Alex Gideon in the 195-pound title.

Those efforts helped Palmer, which brought a total of four qualifiers to the state tournament, finish tied for second with Southwest with 75 points.

Ruger scored two takedowns and two escapes to earn his title, which was his second while finishing his career with a Class D record 207 wins.

Gunner scored two takedowns, including one that sealed the title with 44 seconds left.

Teammate Chet Wichmann finished third at 220, which helped in the team scoring for the Tigers.

Burwell finished sixth with 63.5 points. Hunter Mayfield (third, 285) and Colten Dawe (sixth, 132) were the other medalists with Gideon.

Doniphan-Trumbull’s Drake Belville fell short in his 132-pound final. After winning his semifinal match to become the school’s first-ever state finalist earlier in the day, the Cardinal senior fell to top-ranked Jeremy Larson 11-2. Teammate Colton Horne finished fifth at 195 for the Cardinals.

The parents of three girls who play softball or basketball or both at Bennington High School have filed a federal Title IX lawsuit alleging boys' sports get favorable treatment.

An advocate with the Commission for the Deaf and Hard of Hearing says Paul Ruff has an actionable complaint after his loss at the NSAA state wrestling tournament.

Watch now: The latest twist in a pandemic season? A Senior Day with no game

There were concerns because earlier in the day Nebraska’s most recent opponent, Minnesota, postponed its game against Michigan.

Norfolk Public Schools has been placed on probation after a racial slur toward the Omaha Northwest girls basketball team came from the high school’s student section during a Feb. 12 game.

Centennial coach Camoeron Scholl knew what was coming down the stretch of Thursday’s Class C-2, Subdistrict 8 final against No. 1-rated Grand …